First impressions of Singapore, and a few tips

To me, Singapore used to be little more than a staging post on journeys to e.g. Australia. I imagined a city-state dominated by skyscrapers and container ships, with expat enclaves as the only touch of greenery.

Then, I grabbed an opportunity to spend a long weekend there with my husband. After a 12 hours fairly comfortable journey from Denmark with Singapore Airways, I landed Friday morning in Changi Airport and walked through the spacious, sparkling, and clearly signed (in English) arrivals hall. My husband received me in The Fullerton Hotel which used to be the general post office. Fullerton spoiled us with sumptuous breakfast, good service, and a pool with city view. 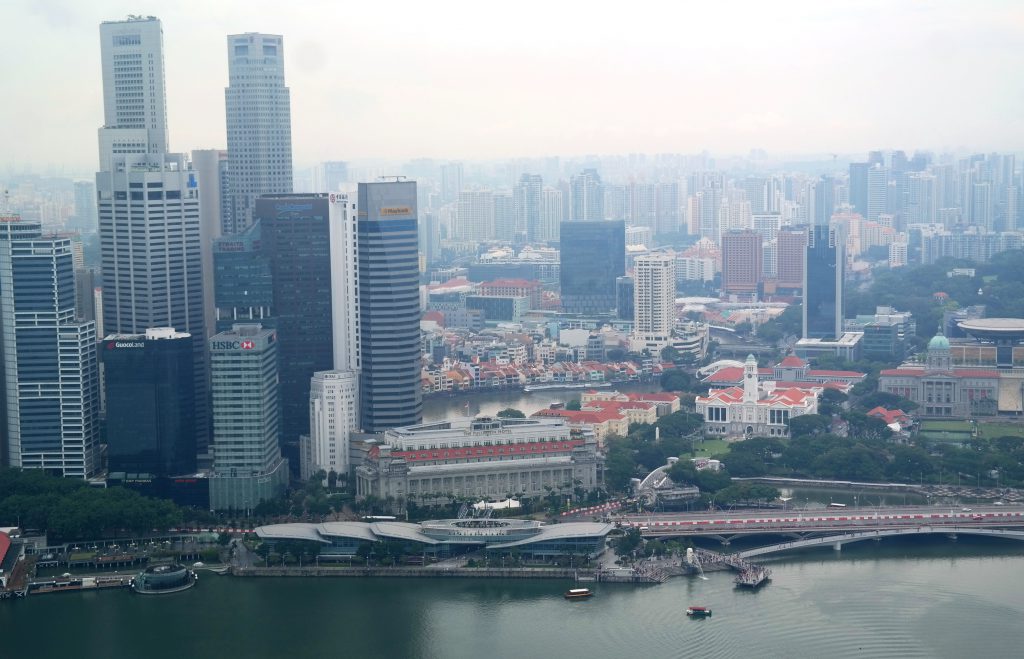 Singapore is a mixture of daring and often successful skyscraper architecture (except Marina Bay Sands Skypark below, which made me think of a stranded whale) and beautifully restored colonial buildings. 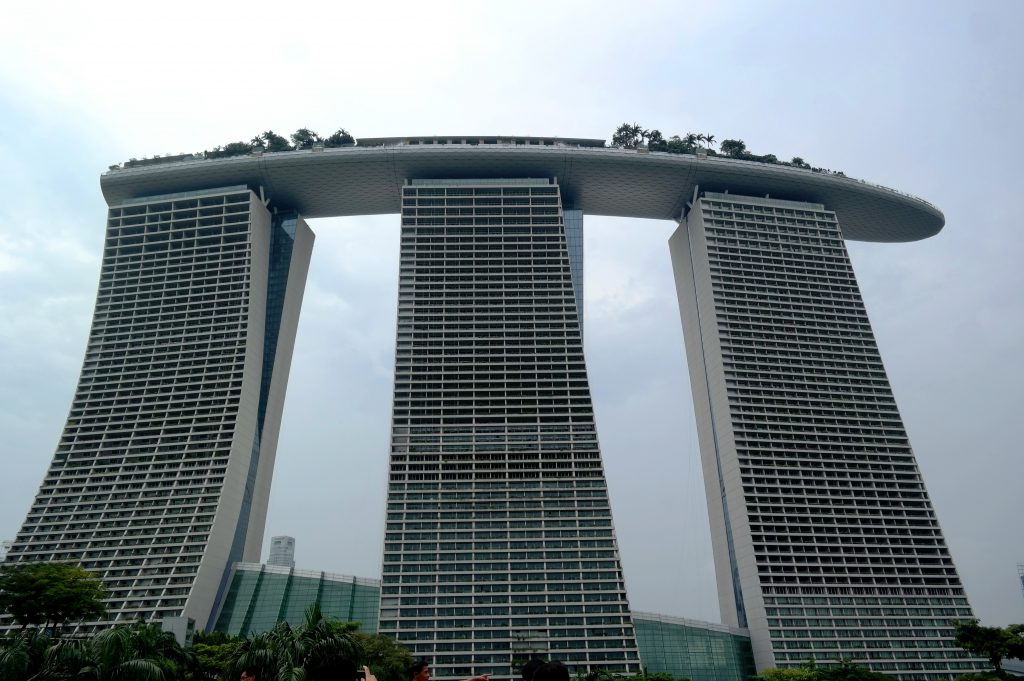 Infrastructure is efficient, and we felt completely safe, not because of visible police patrol, on the contrary: It seemed to have more to do with social control. Yes, we had heard the story about giant fines for throwing gum on the street. And indeed, some public signs were bombastic, like the one at a water reservoir in Fort Canning Park, illustrating how trespassers would be shot!  Some argue the police are present in civil. No matter how they do it, it appears to work. 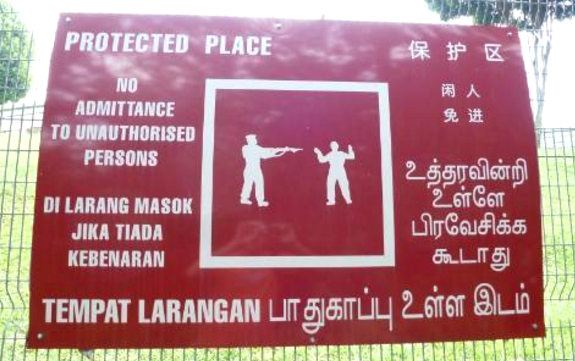 The street scene is multicultural, dominated by Chinese, Malays, and Indians. Sometimes, we felt like walking from one world to another within few meters: Chinatown is indeed Chinese, with red and gold-colored temples, including the huge Buddha Tooth Relic Temple, colorful houses, and markets offering all sorts of knick-knacks. 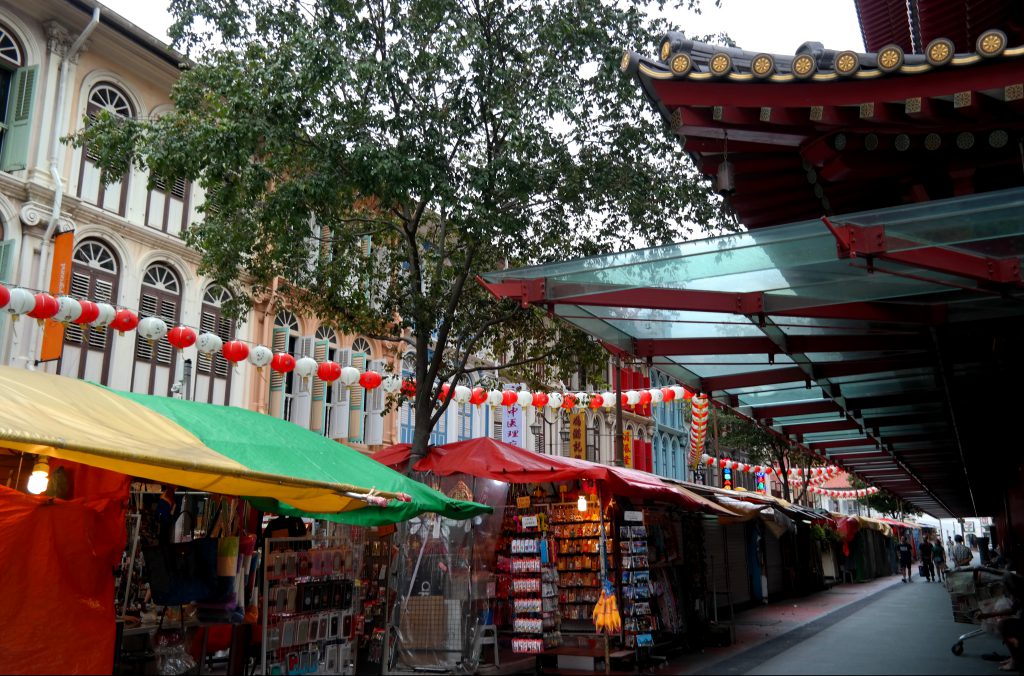 Likewise, Little India is Indian. We were there for the Diwali holiday, and streets were teeming with Indian men hanging out, chatting and waiting – we guessed – for their wives to prepare the feast at home. 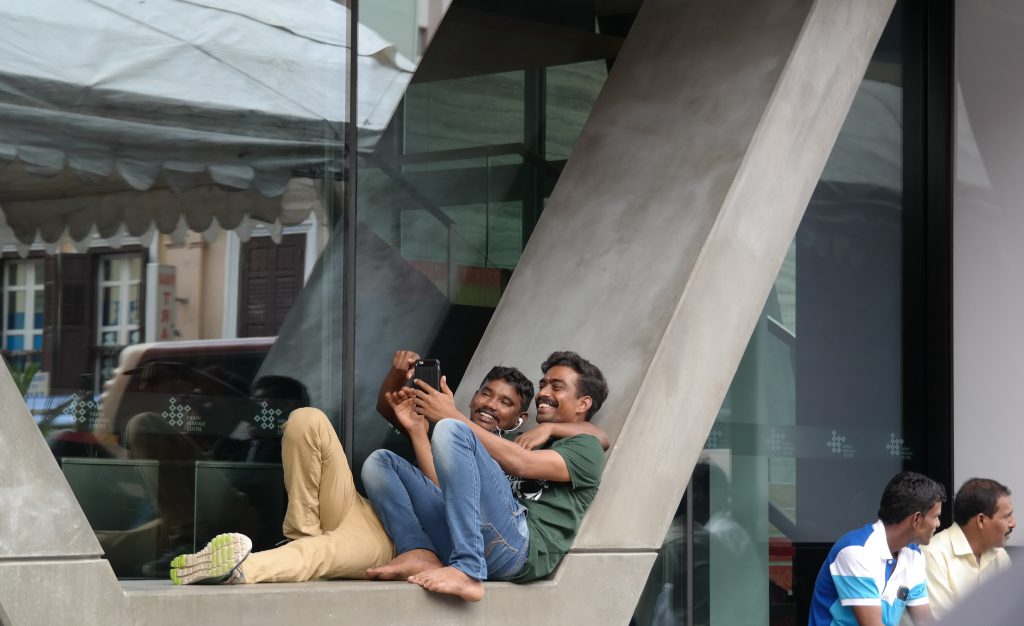 We found out about Diwali by accident: After noticing several girls with henna decorated hands, I asked a one, a saleswoman in a department store, if there was a special occasion? She told us about Diwali and how it is a celebration of light with treats and gifts similar to Christmas. 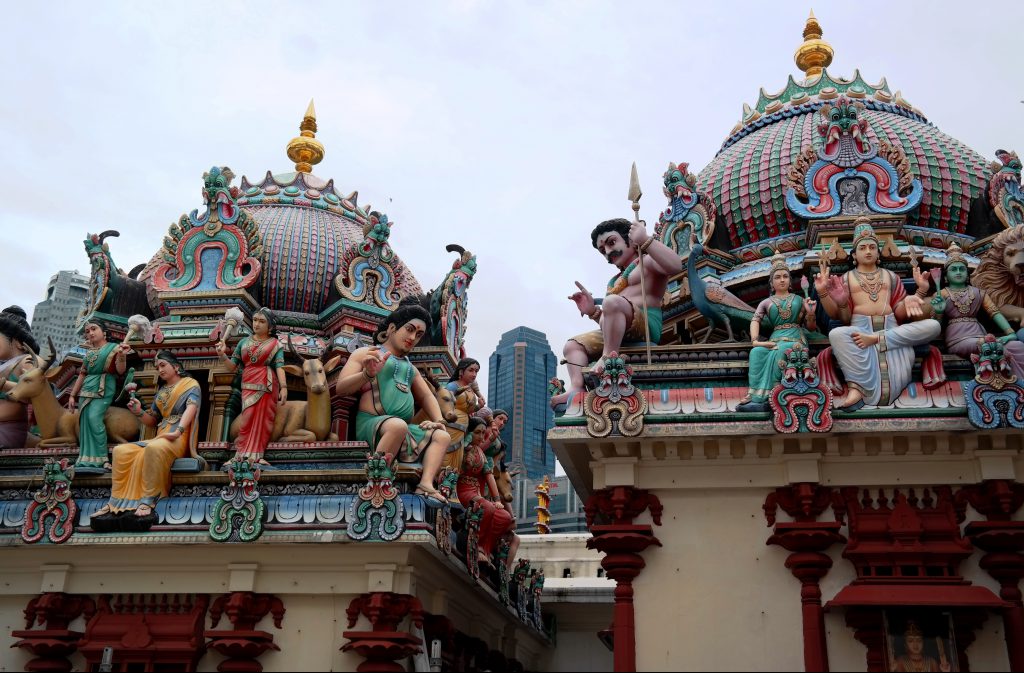 At the hindu temple Sri Mariamman, we took our shoes off and went in. Walking among the colorful statues, we appreciated the openness and relaxed atmosphere, with no locked doors, no admission fee, and no dress codes. 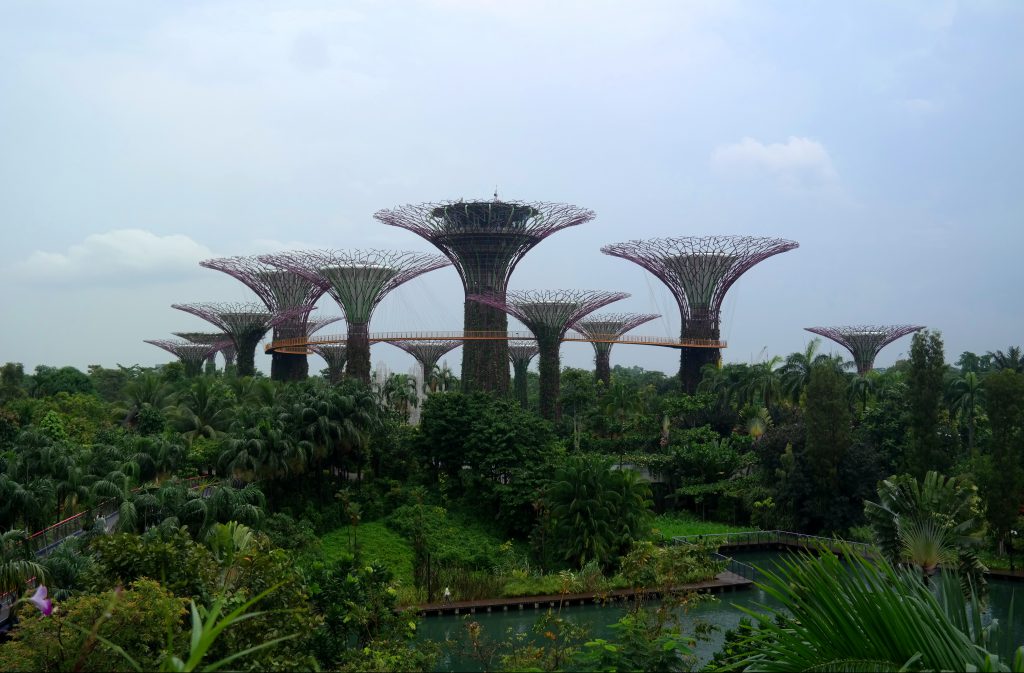 Normally, I would not include a botanical garden on a city break. But, Gardens by the Bay was worthwhile. The cool (!) greenhouses contained all kinds of plants and sculptures, and the ‘Super Trees’, which are 25-50 meters high tree enlightened structures, were impressive. And this was not even Singapore’s “real” Botanic Gardens, which is located near the main shopping belt. 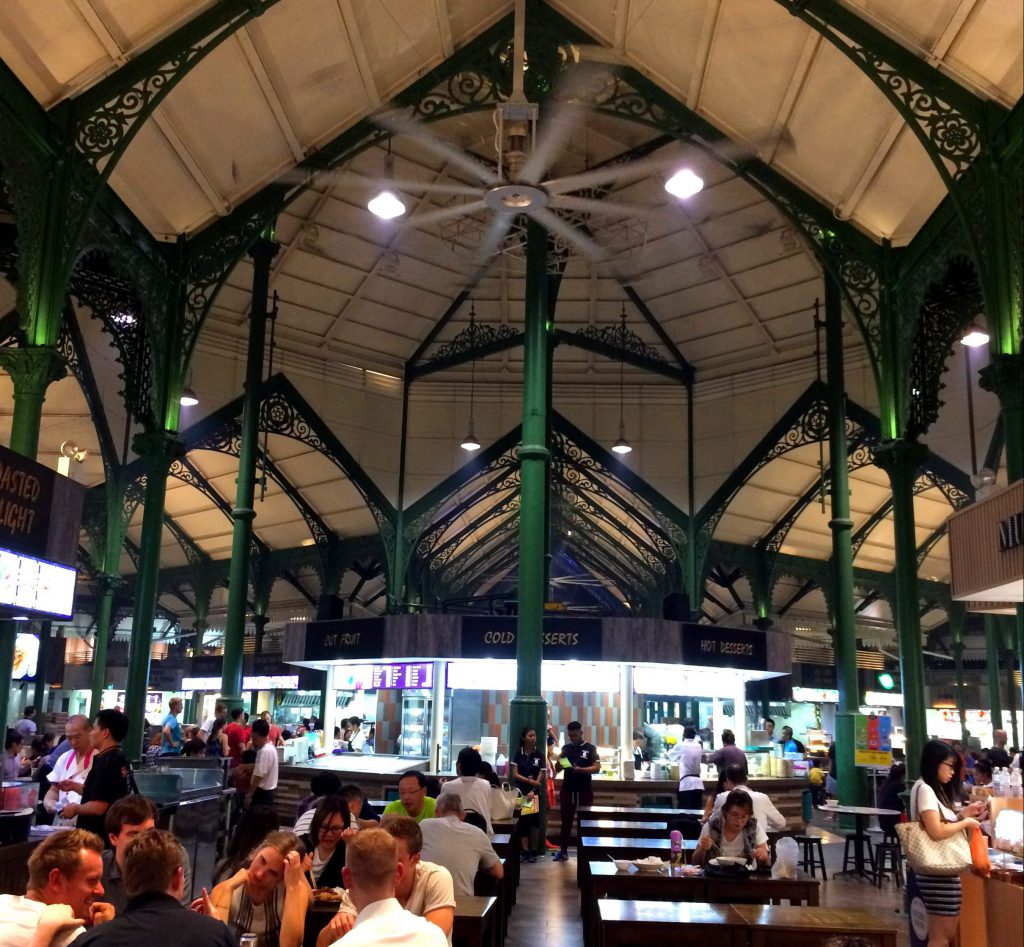 Hawker centres (footstalls) were also on our bucket list. They turned out to be less street-style compared to food stalls we have seen in other Asian countries: No battered plastic chairs on the roadside,  but well organized buildings with fixed stalls, covered seating and cleanup teams. In Lau Pa Sat we tried different stalls and dishes, and satay came out a winner.

White Raffles far from the beach

The colonial-style luxury hotel Raffles was established by Armenians in 1887, and to us it looked like a refuge for white tourists: They all went for the long bar or the outdoor courtyard bar, to try the notorious “sling” cocktail (both before and after noon). 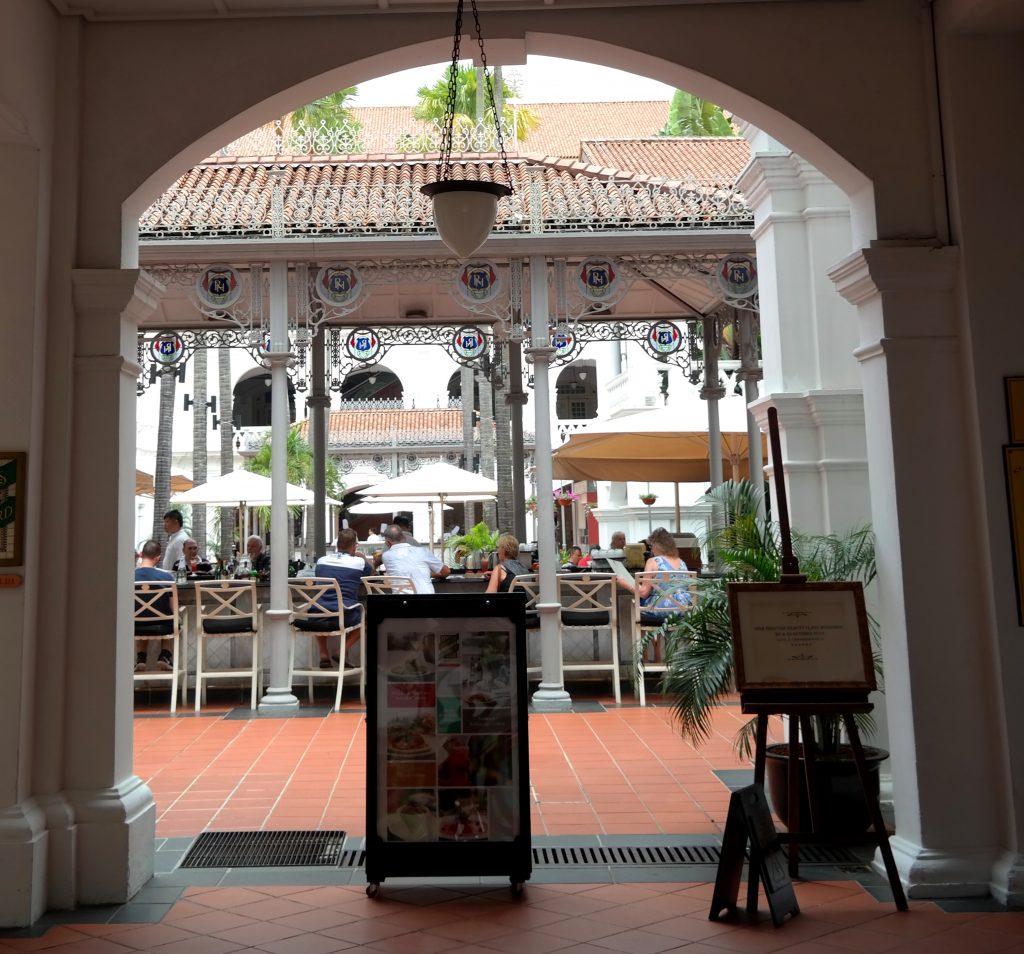 We struggled a bit to find Raffles, because my husband recalled it as being situated on the waterfront  (from his last visit 30 years ago). His memory did not fail: A waiter told us it was originally built as a beach house, but since then the city has reclaimed so much land that Raffles is now surrounded by skyscrapers and busy roads.

Night Safari, no thanks

For some strange reason, Night Safari had climbed the top sight list in our guidebook. It sounded a bit family-zoo-like, but we took a chance and a taxi. Half an hour later, we were seated in an outdoor amphitheater watching a show we could have done without: A shouting host and some poor animals (including serval, owl, and otter) that were carried or lured into the spotlight. 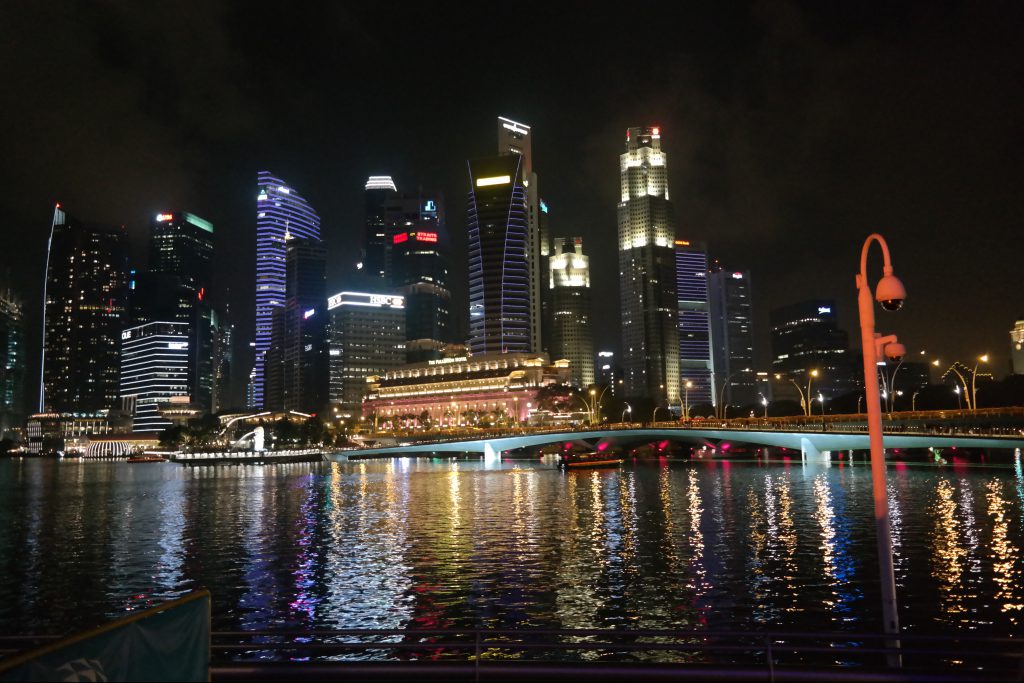 Been there, done that, no pictures! Far more enjoyable was to stroll along the Singapore river at night and watch the color lit-up bridges and neon signs. Every evening at eight o’clock riverboats flocked in front of the Marina Bay Sands to watch a 15-minute light and water show. We followed a tip from a friend and went for the rooftop bar Smoke & Mirrors on top of the Old Supreme Court Building: The view from the terrace was so gorgeous that we stayed for several drinks and had delicious bites (but don’t stay if you are starving). 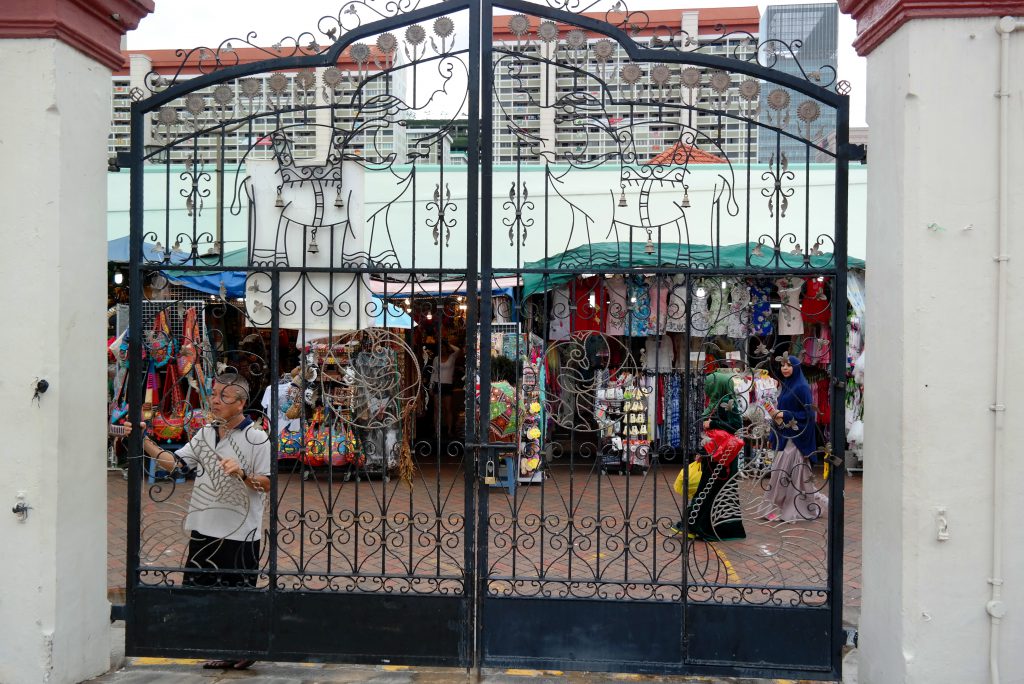 We found Singapore beaming with affluence, trade, and low taxes, and although we did not see any beggars, we could not help wonder about welfare? From Denmark we know that a broad-reaching welfare system is expensive. According to BBC and AsiaOne, there is no welfare provision in Singapore along the lines of many developed Western economies, and both media have brought stories about Singapore citizens depending on charity. It seems the backside of beautiful Singapore is poor people living behind closed doors. 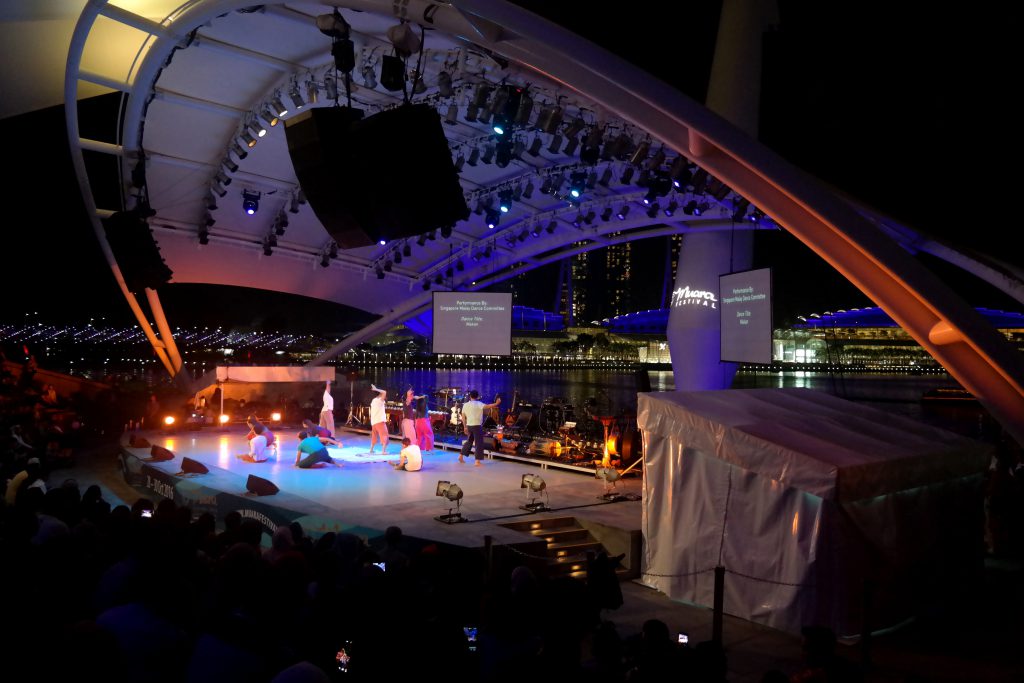 Welfare provision may be inadequate, but free cultural experiences are plentiful. On our first day we noticed stages were set up, and we thought it was because of Diwali. But it continued, every day new stages popped up while others were taken down, and there was free access to various theater and music performances in the colonial district. Nice tourist experience, but also slightly thought-provoking.

Summing up main reasons for (not) visiting Singapore 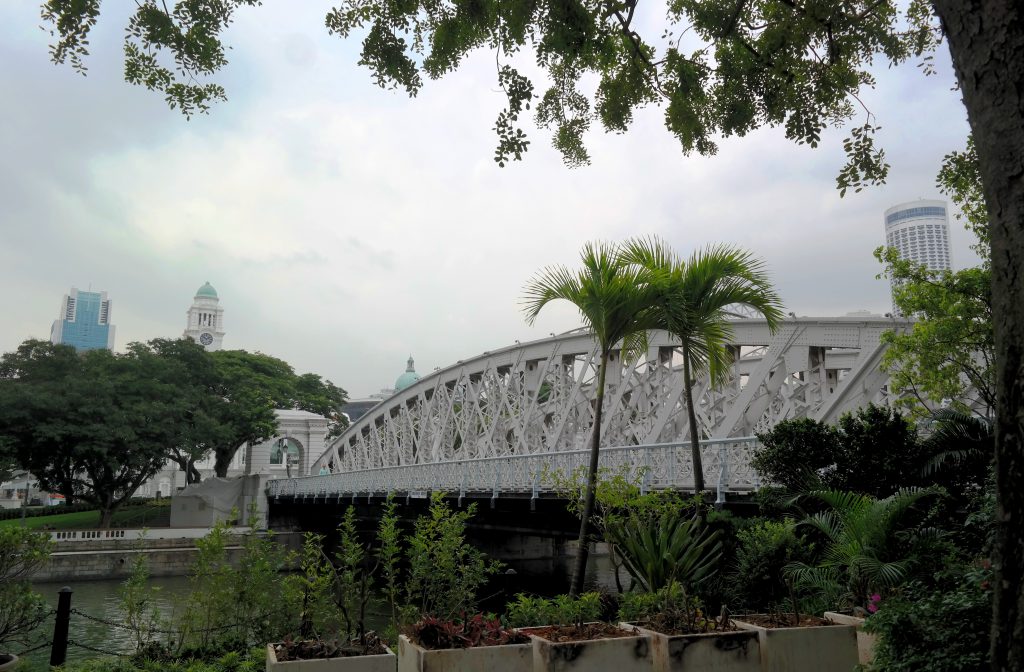 For a Westerner, Singapore is probably the easiest Asian country to visit: People are friendly and English-speaking, infrastructure is top class, streets are clean and safe, and the range of goods is excellent. For some travelers, however, these might be the exact reasons why they would skip Singapore: The city is not all that adventurous, and it might remind them too much of their home country. Furthermore, living costs are just as high as in Europe, and the welfare system not impressive. 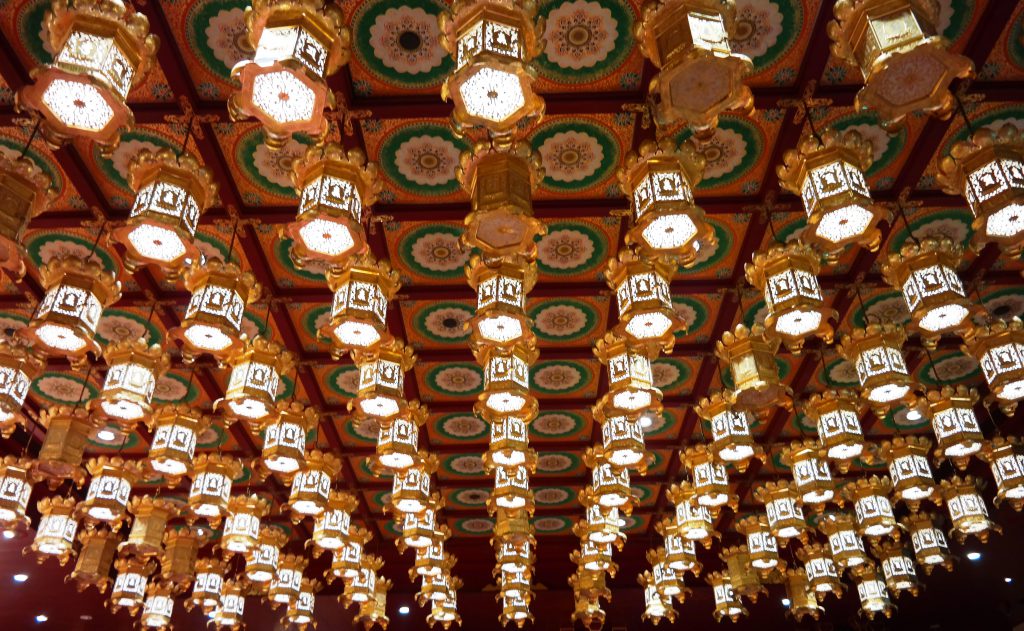 However, I would not mind going back for another visit, and to Singapore’s advantage I must say that – albeit on a small scale – it has all the exotic colors, smells, sounds, and tastes of Asia. It is like a multicultural stock cube! 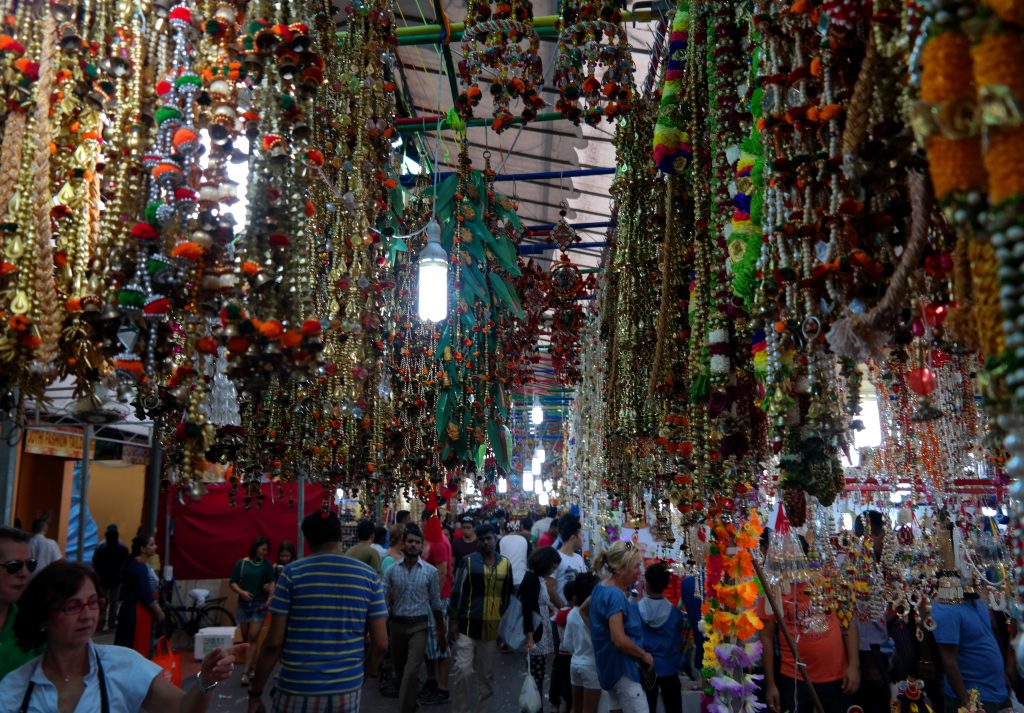