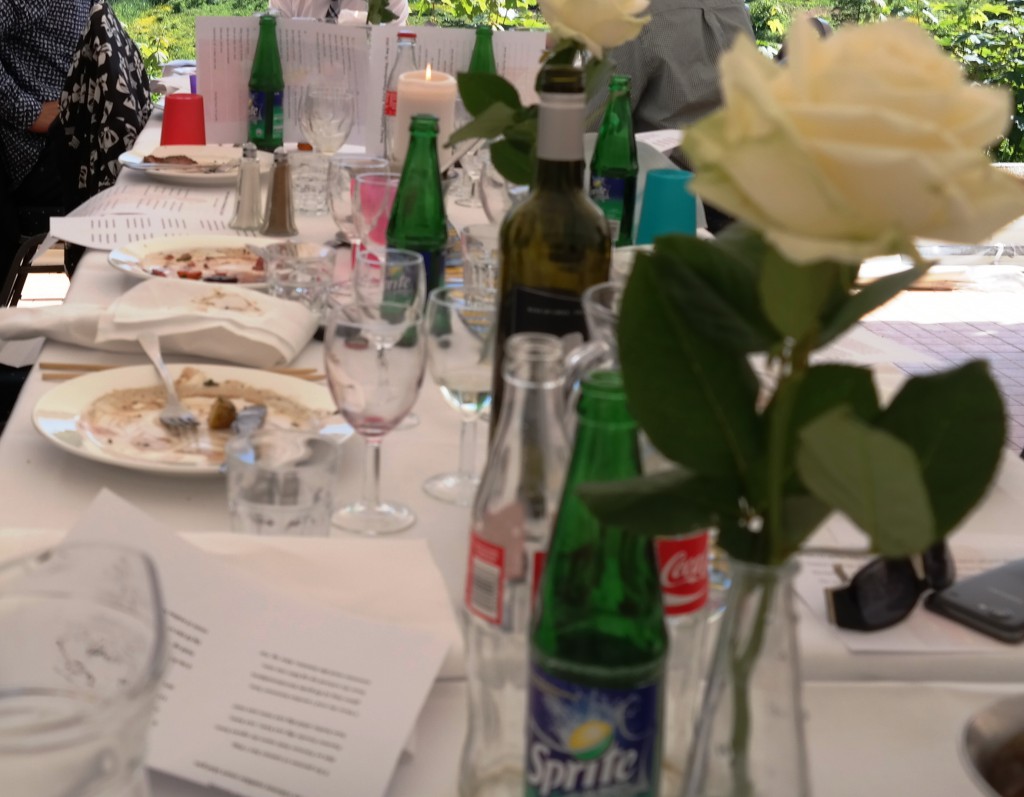 Songs for holiday parties like Christmas lunch are normally ready-made funny lyrics to popular tunes. For weddings, anniversaries, and confirmations, however, it is custom to write lyrics especially for and about the person who is being celebrated. Paper copies are passed around, and everyone joins in; no one feels stupid or frowns at each other because it is all part of tradition and culture.

I never considered it special until I invited a foreign friend to a party in Denmark and saw his surprise when we started singing. And later, when I told my international friends that I was writing lyrics for a confirmation (just around the corner!), and I saw their puzzled gaze, I was reminded that it is a particular Danish practice.

According to TIME, researchers have found that singing releases oxytocin, a hormone which lowers stress and increases feelings of trust and bonding, and also endorphins, which enhance feelings of pleasure.

So, we Danes will continue our funny song tradition: Admittedly, it doesn’t sound pretty, but it is good fun!