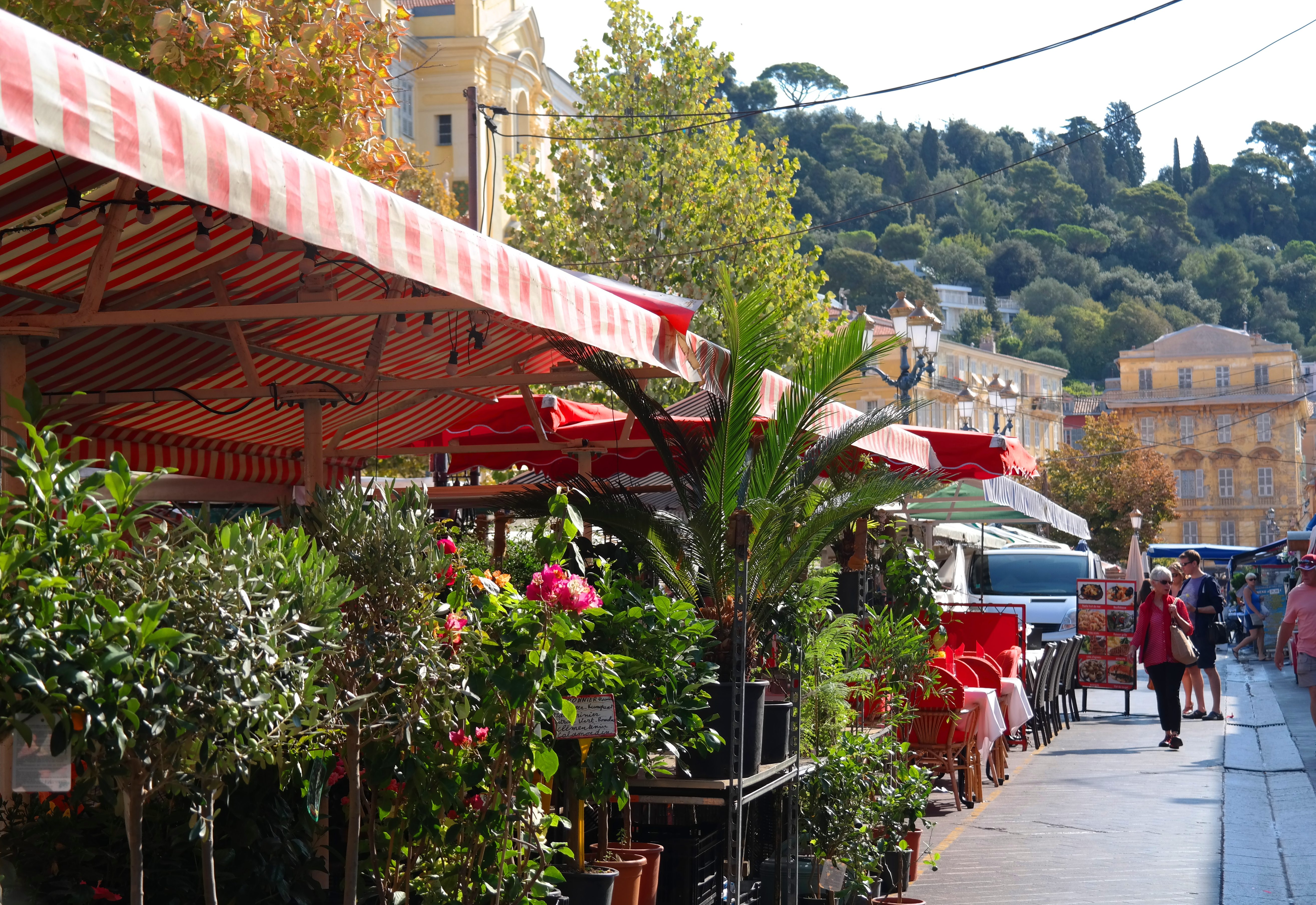 48  luxurious hours in Nice and Monaco

If you are within reasonable flight distance, consider a weekend trip to Nice and Monaco. Weather is mostly good. So is Mediterranean food. And, if you are ready to be a spend some extra bugs, like we did, chance is you will feel like the queen of Sheba.

Arriving Friday night in Nice, we checked in at the four star boutique hotel La Malmaison in walking distance to boardwalk, beach and old town center. We had a late dinner (at 10pm which is not really late here) outside the Italian restaurant Corleone, and a finished off with wine on our private balcony. 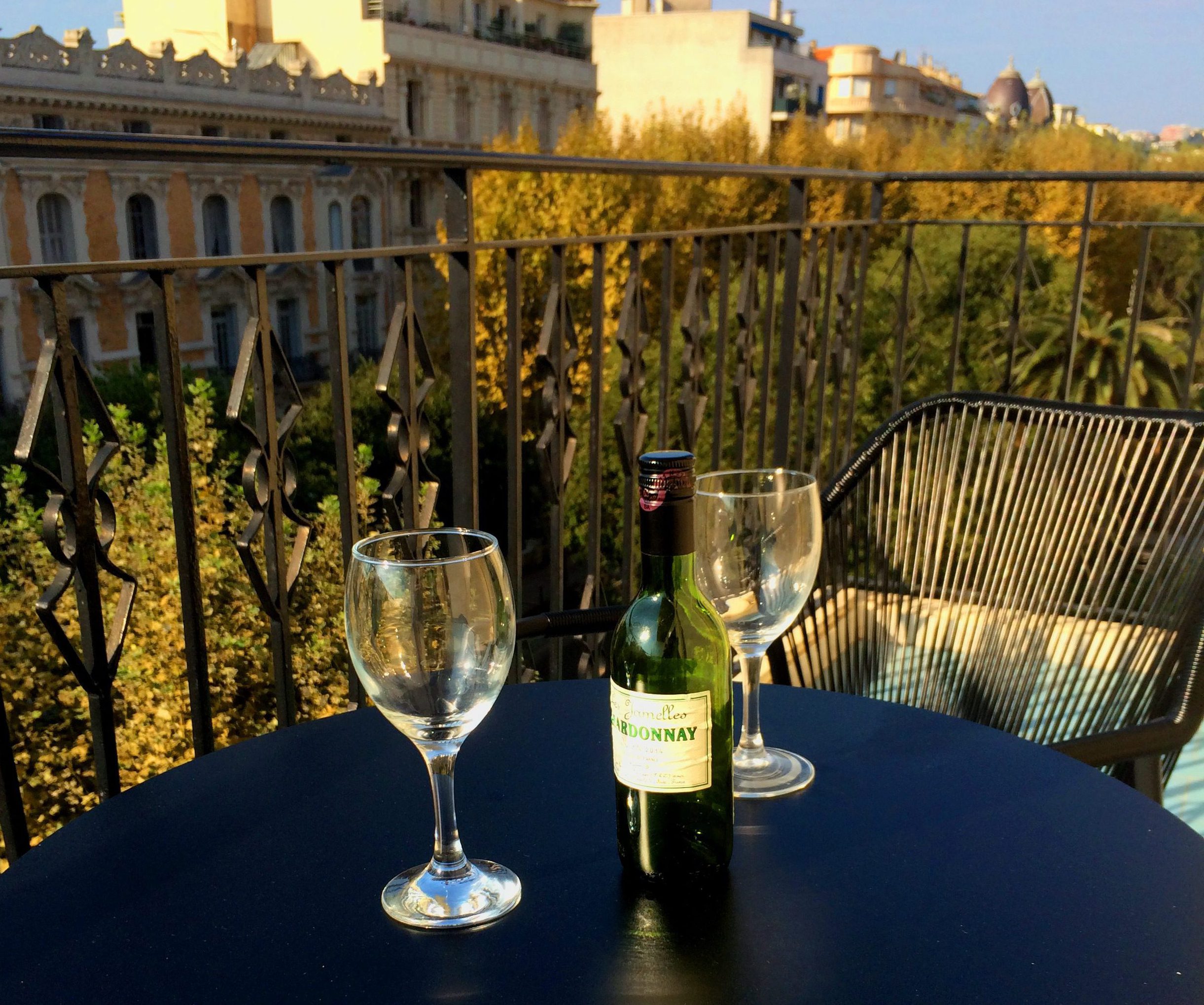 Saturday, after a tasty hotel breakfast, we did a morning walk. At noon, we took a taxi (75 Euro) to Monaco. We asked the driver to take the scenic coastal route. It was a 40 minutes trip and a perfect way to have a bit of sightseeing in the Mediterranean landscape and enjoy the seaside towns of Villefranche-sur-Mer, Beaulieu-sur-Mer and Èze. 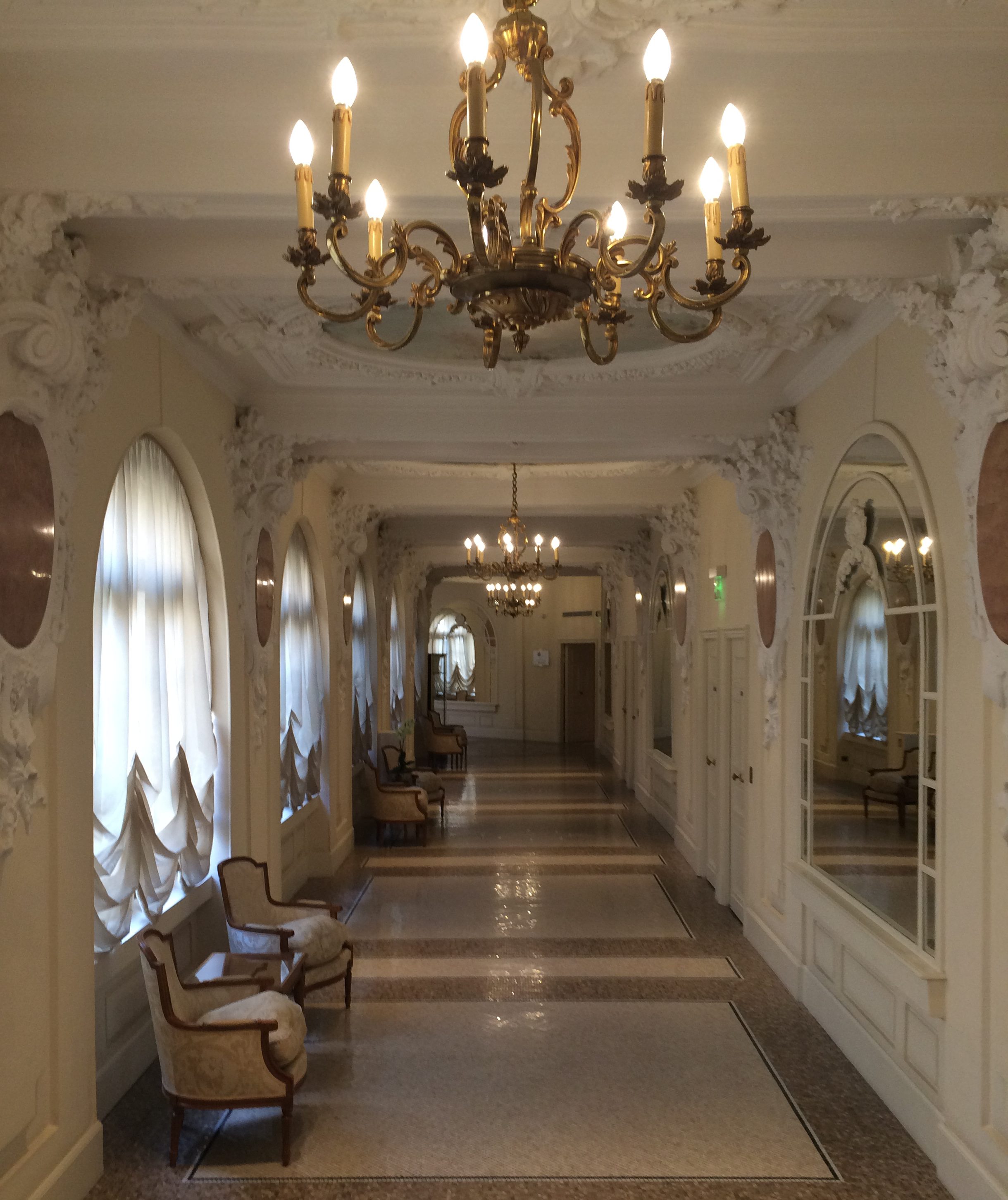 The taxi dropped us off in Monte Carlo, in front of the luxury hotel Hermitage with chandeliers, belle époque furniture, and bling shoes on display. From the hotel and yacht-crowded marina, we walked up to the old town, Prince’s Palace, and St Martin Gardens, and returned to have seafood in La Maree. Back at Hermitage, we rested on the rooftop sundeck and swam in the pool. Saturday night, we had dinner on the front terrace of Hotel de Paris, another luxury hotel with a 85 kg pure gold covered ceiling, according to our waiter. From the terrace we watched tourists and luxury cars flock in front of the casino. 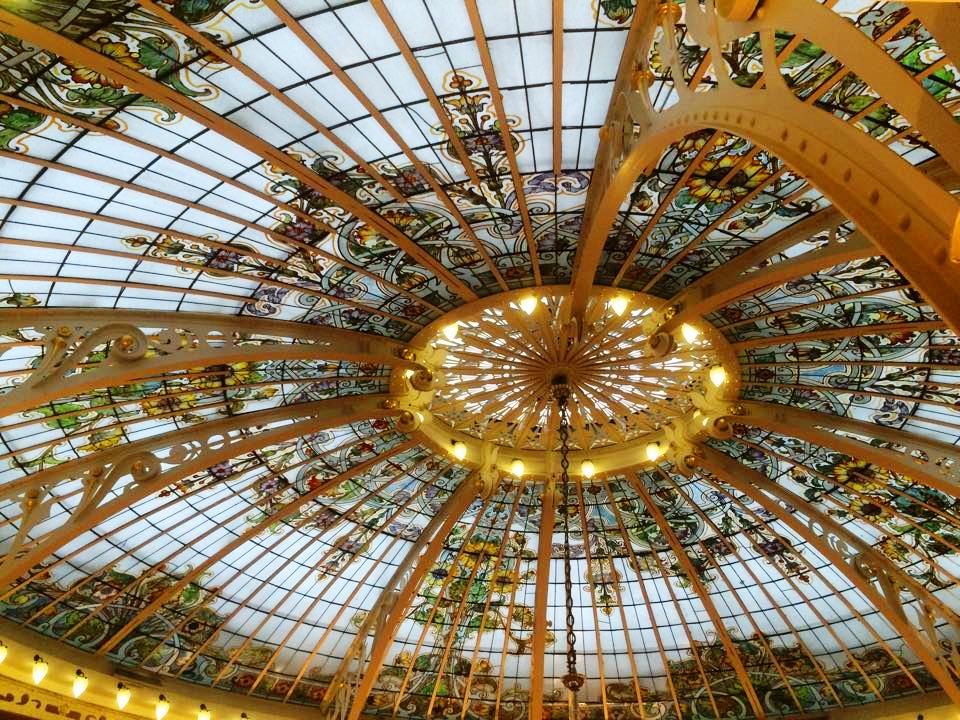 Sunday morning, after breakfast in the winter garden of Hermitage, under a sunflower art nouveau glass dome, we walked along the shore east of Monte Carlo, dipped in the ocean, had a coke, and decided to return when our GPS told us we had left Monaco and entered France. We spent another hour by the pool and ordered room service lunch (which of course came with table and chairs, not just a tray :o)). 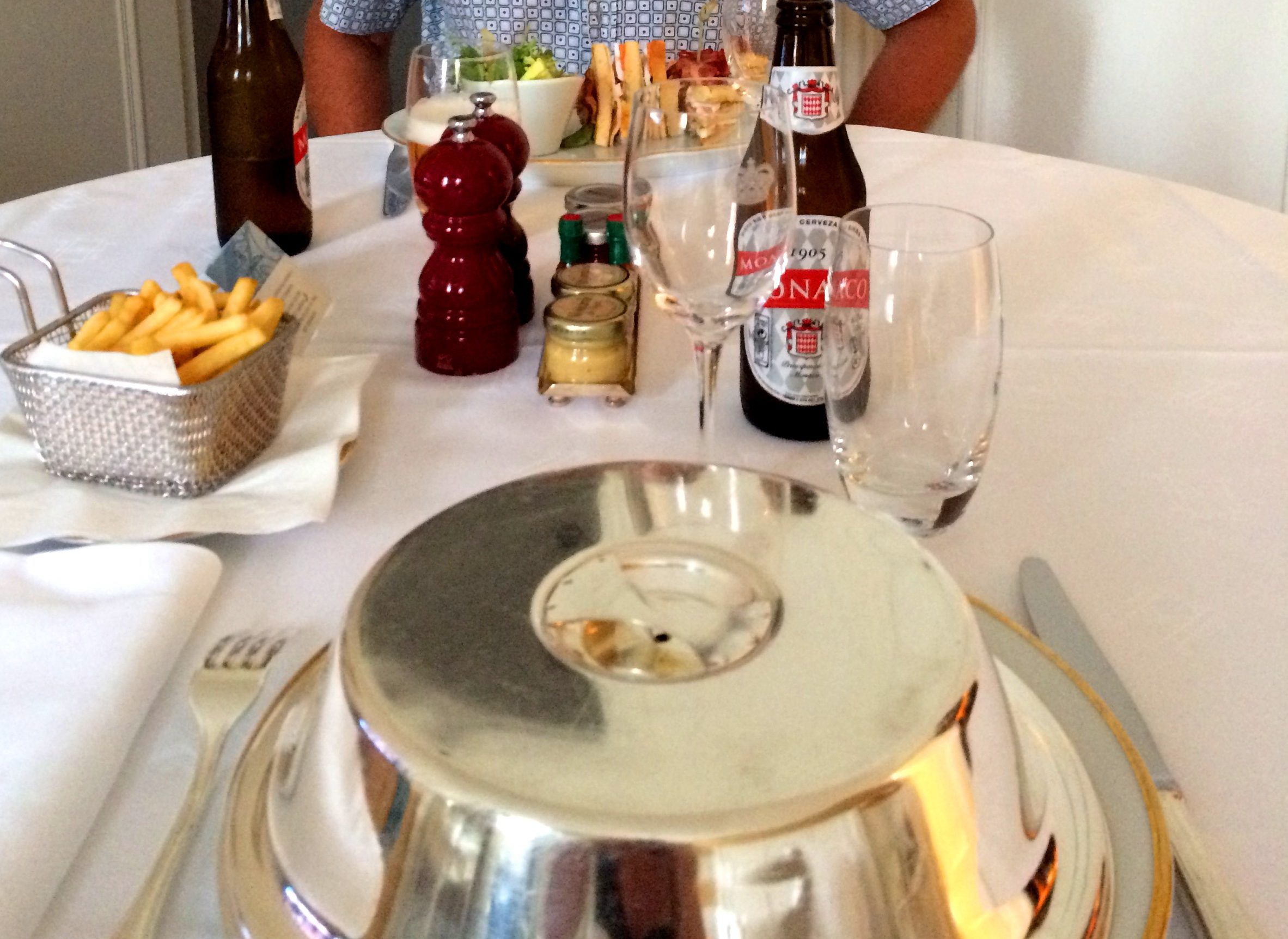 When we asked the receptionist to order a taxi for me to Nice airport (my husband stayed back for a conference), he advised us to go by helicopter instead. Apparently, due to a football match, traffic was bad and it could take up to two hours by taxi. The helicopter was 140 Euro compared to 100 Euro by taxi. So, I returned to Nice airport by helicopter. 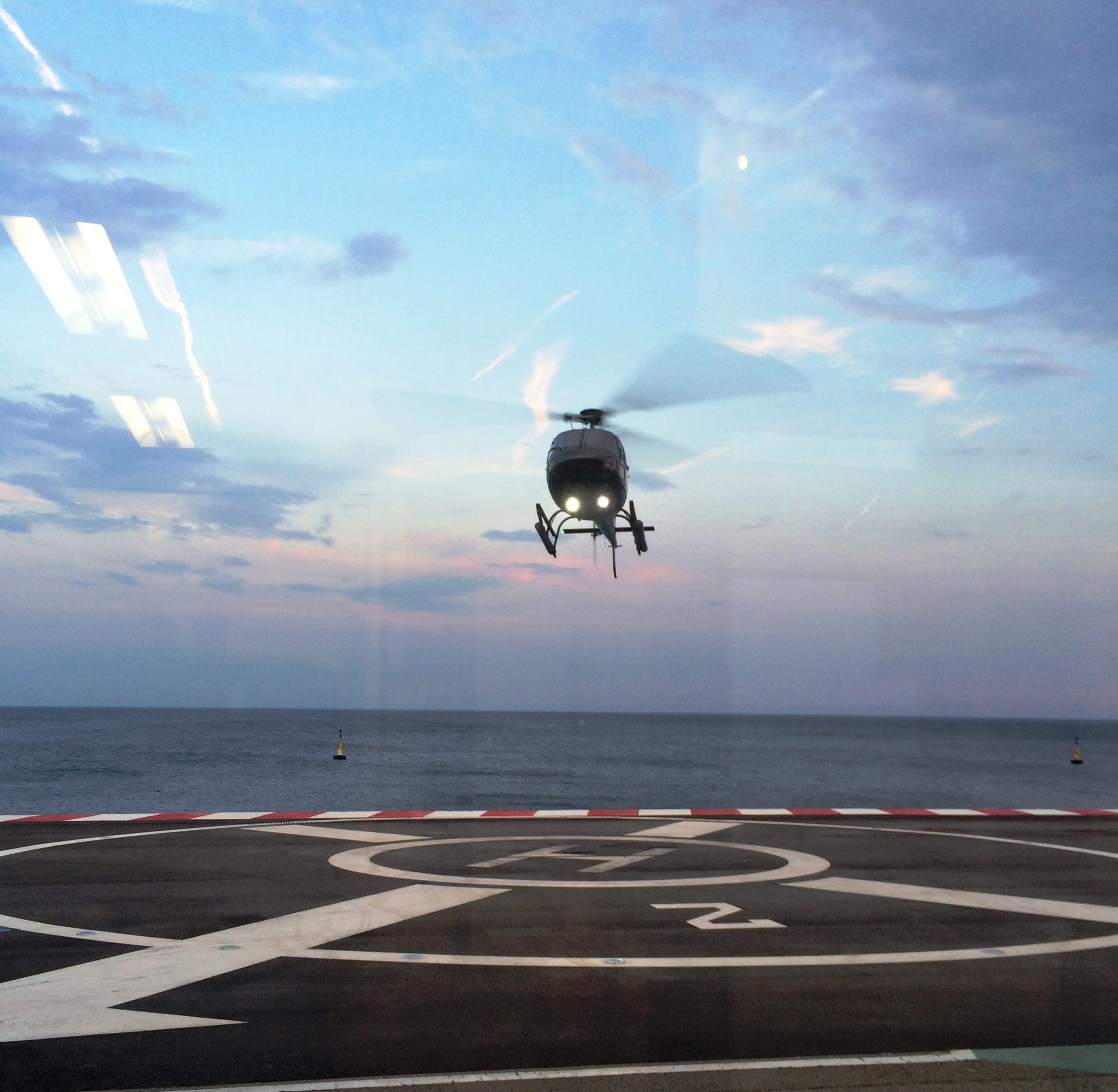 In the Heli Air Monaco gate, I pressed my nose against the glass door, scouting for the arrival of our helicopter, while my only fellow passenger, a French woman, appeared rather unimpressed, as if helicopter was her normal means of transport. However, as soon as we were in the air, we both started shooting pictures with our phones. Fantastic view! The only bad thing to say about that trip was that it was too short. 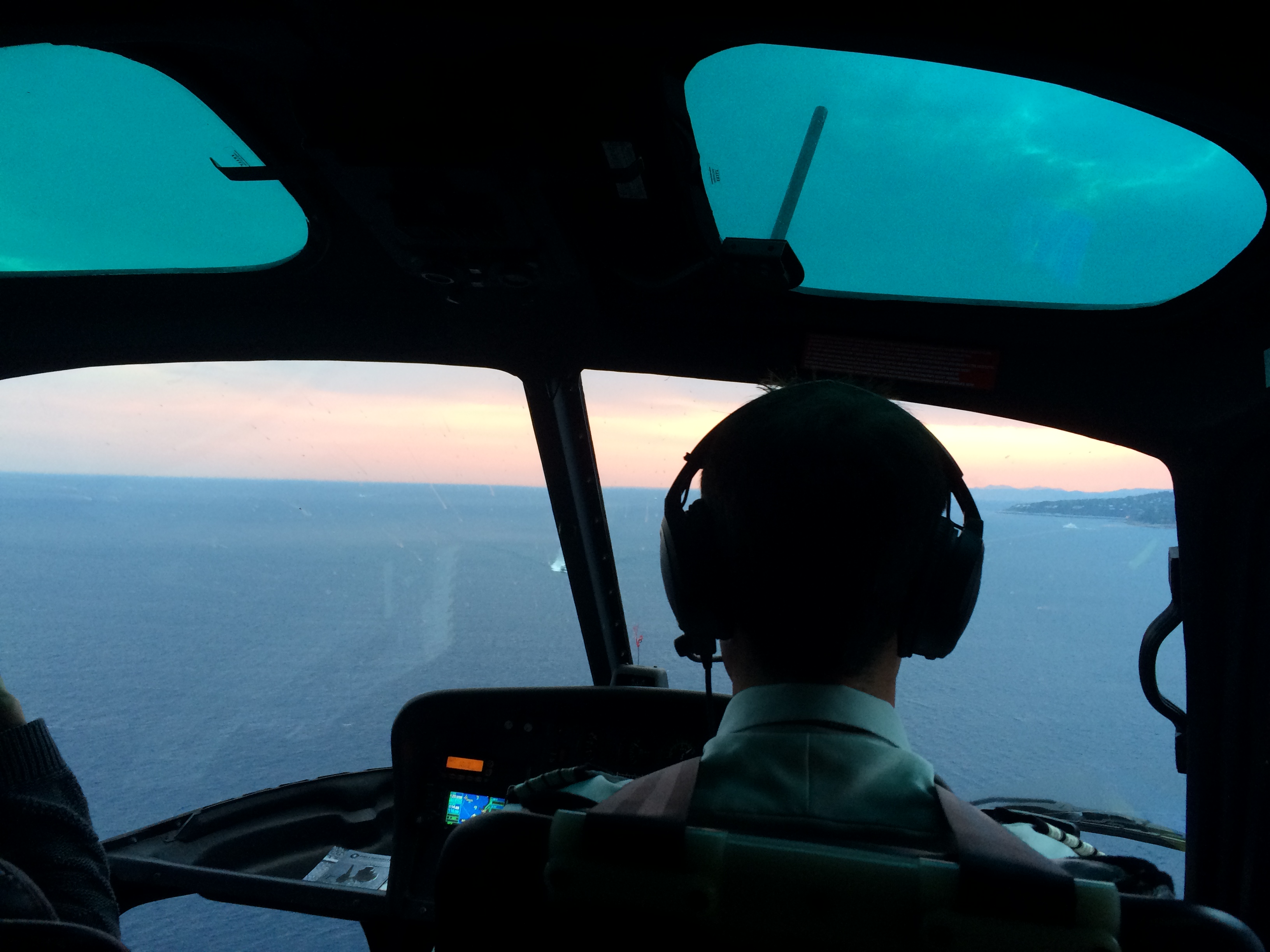 I jumped on a plane back to Copenhagen late Sunday evening feeling a little tired, but at the same time refueled and saturated by experiences. Just like returning from vacation.

Considering a short trip to London? Read my tips on where to eat