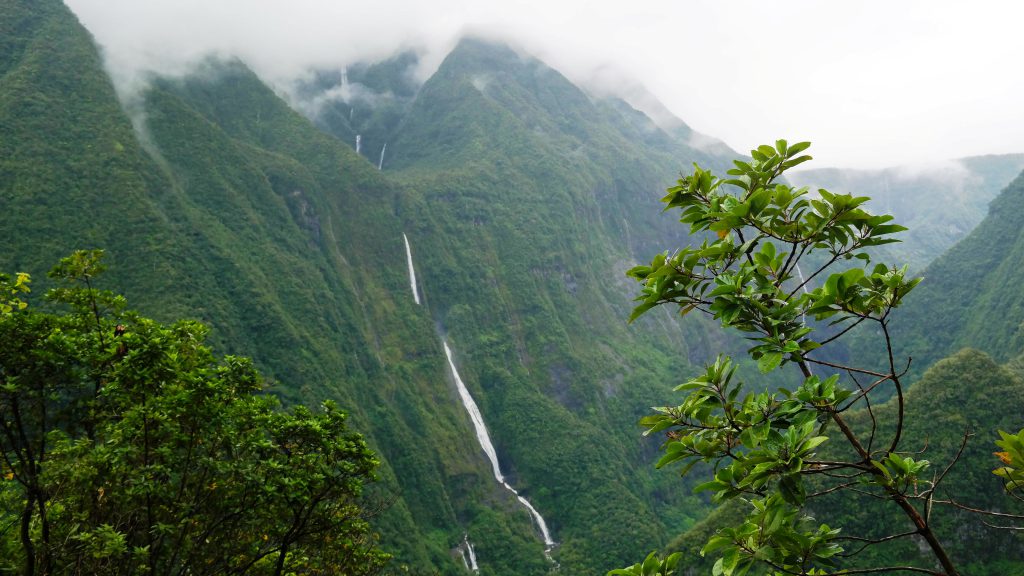 You don’t have to be a Francophile to visit the tiny French island Réunion in the Indian Ocean. But it helps. Locals speak Creole and French as their official language, and on our eight days’ visit right after Christmas, we met almost exclusively French tourists. The reason might be that the only direct flights go from France (apart from regional ones from Mauritius, Madagascar, Seychelles and South Africa). 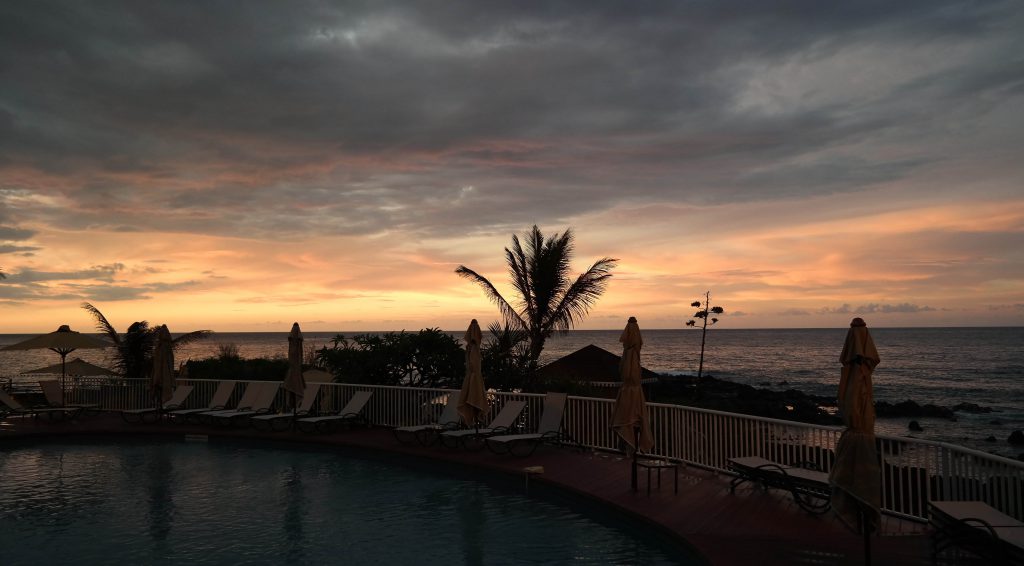 We stayed at the trendy Hotel Boucan Canot on the west coast, 30 km south of the administrative capital, Saint-Denis, and 40 km from the airport. The hotel is situated on a rocky spur at the northern end of the beach in Boucan Canot, with excellent surfing and diving. If you dare. Because the island is notorious for shark attacks, which in 2011 made authorities ban all swimming off the island beaches. In Boucan Canot, there was a shark net along the beach, but unfortunately, it was broken during our stay. Life guards kept a firm eye on beach guests, and whenever someone did more than dip a toe in the water, the guards blew their whistles and shouted. Outside guard time, we saw surfers making wild stunts close to the rocks. 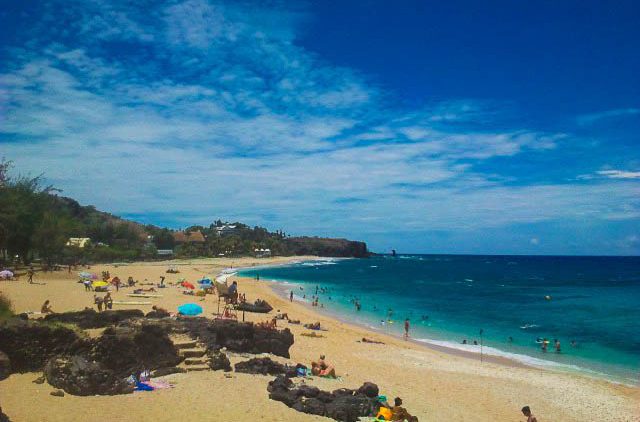 Adrenaline kicks for beginners and experienced

But, why risk being bitten by a shark to have an adrenaline kick, when Réunion offers so many other activities? There is paragliding in Saint-Leu,  canyoning in the steep volcanic mountains, and 900 km hiking trails in breathtaking scenery, e.g. to the active volcano, Piton de la Fournaise. Not so breathtaking for us, though, because of fog. 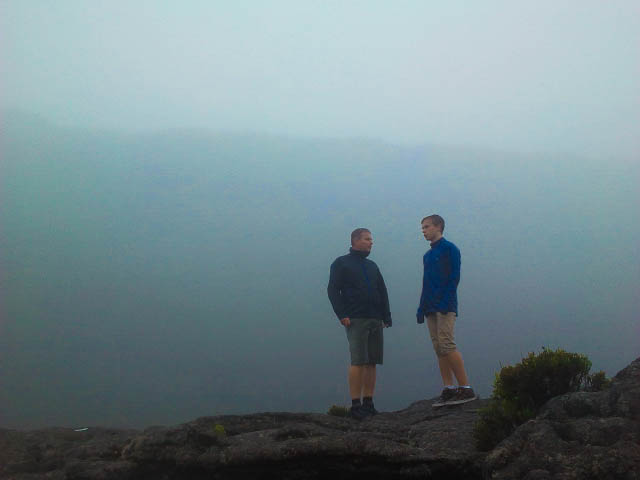 Horseback-riding is also possible, even for beginners (like us, who showed up in shorts, me with a backpack: Had not considered how to get camera and biscuits out of the backpack, while at the same time trying to control the reins!) We had a fun ride, though, to the beautiful volcanic lake Grand Étang. None of us had control of our horses. Luckily, the guide had control of all of us. 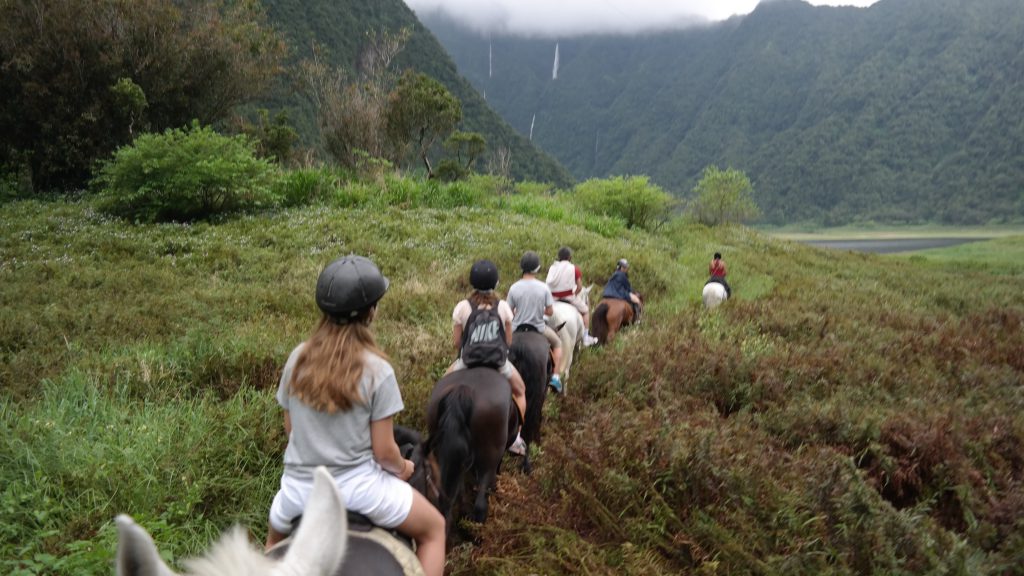 Big game fishing is another option. And I mean big! One morning, my husband and our teenage son went on a boat fishing trip from Port de Saint-Gilles, and our son caught a 3 meter long Marlin, 170 kilo!! He was tied to the boat to avoid falling overboard while pulling the fish, and my husband told me afterwards he had been worried the boat might flip because of rough water. Luckily, all fishermen returned safely to shore. It was an extraordinary catch, even for the boat owner, who wanted pictures of the young fisherman and his catch! Réunion is said to have a “no-kill” program, but sadly, the boat owner did not release the fish to the water after the photo session.

The island population is a melting pot of Africans, Europeans, Indians, Tamils, Chinese and people of other origins. This is reflected in the food: Restaurants offer a happy mix of Chinese, French and Creole cuisine. Of course, we had to try the regional specialty ‘Carri’, which is a mixed stew with rice. Not that impressing, to be honest, be eatable. 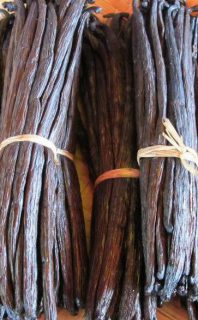 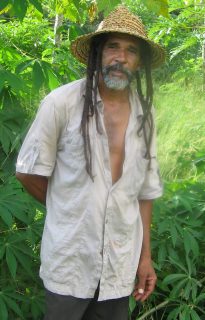 Réunion has jungle vegetation, waterfalls, vanilla farms, and pastel-colored, tranquil mountain villages. When driving around in our rental car, we found out that almost everything was closed around Christmas and New Year, including the vanilla farm we had been planning to visit. Instead, we met a Rastafarian man at the Saturday market in Saint-Gilles, who sold us the fattest Bourbon vanilla beans I have ever seen. Later, I found our Rastafarian friend on Facebook :o)- 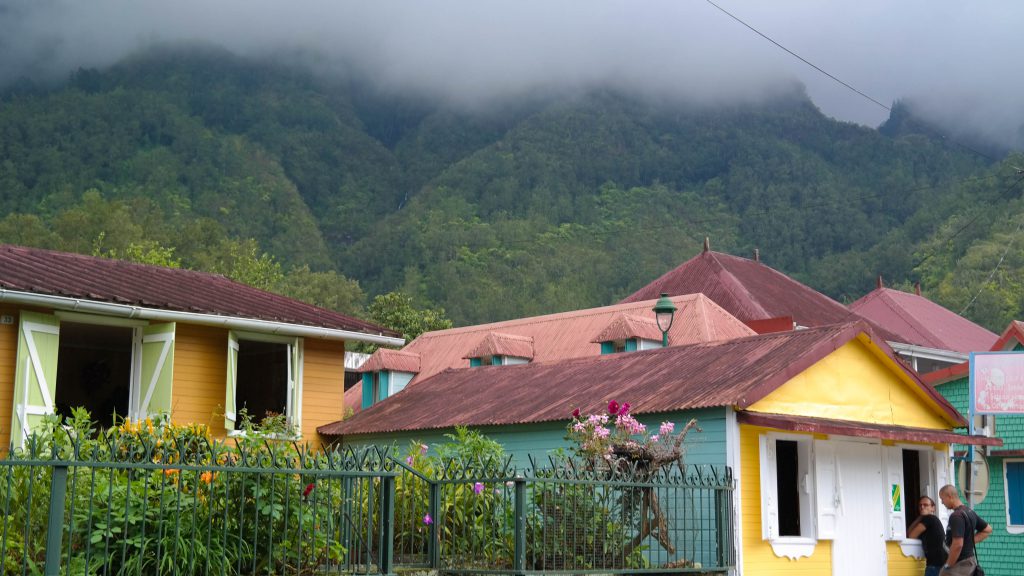 If the French prefer to keep La Reunion to themselves as a secret national paradise, I totally understand. We had a long journey, 11 hours from Amsterdam via Paris, including an airport change. But, with one hour time difference, there is no jet lag when flying from Europe, and holiday activities can start from day one. Réunion is truly a hidden gem.