Just returned from Okavango Delta in Botswana, and there it was on tv 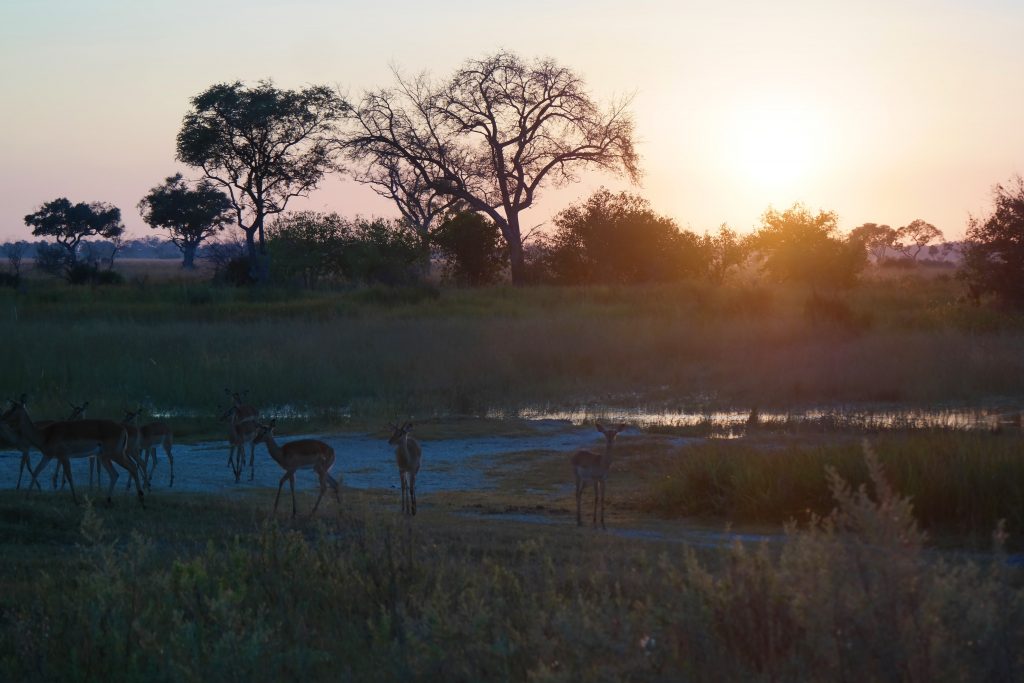 I enjoy watching wild life programs, but I don’t always take notice of the location. This summer was an exception: In July, I visited the Okavango Delta in Botswana with my family, and the first wild life program I watched after returning home happened to be from Okavango. And no wonder it is a popular place to shoot wild life programs: It is a lush and green delta in contrast to dry savannah areas like Hwange National Park. 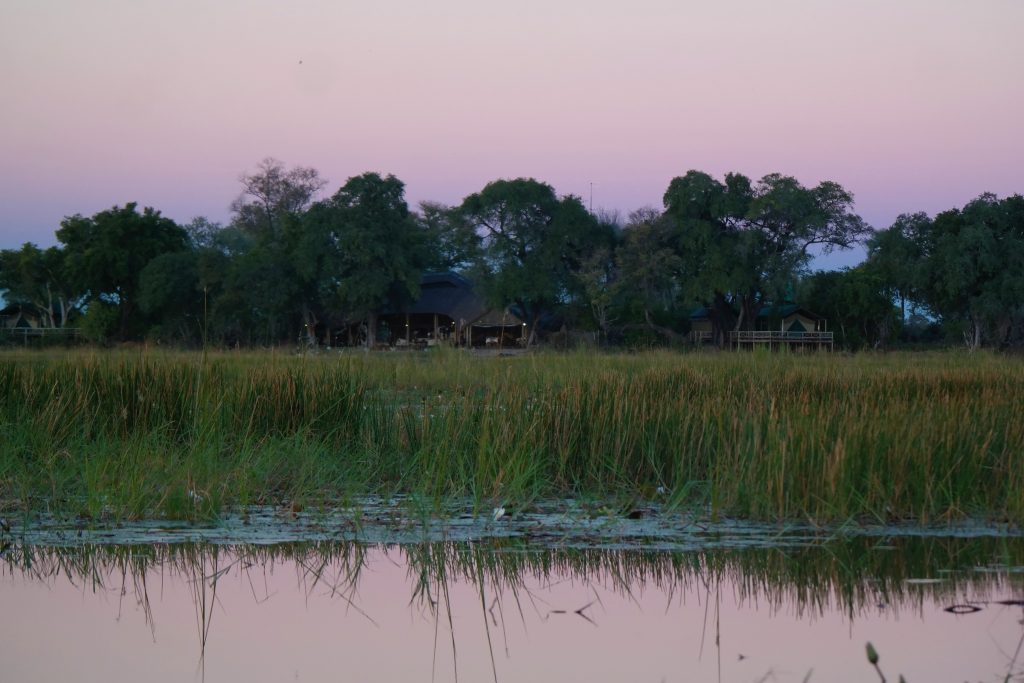 July is wintertime and the best time to visit. No mosquitoes, and many animals because of the water. In summer, the delta dries out, and some waterways turn into dirt roads. 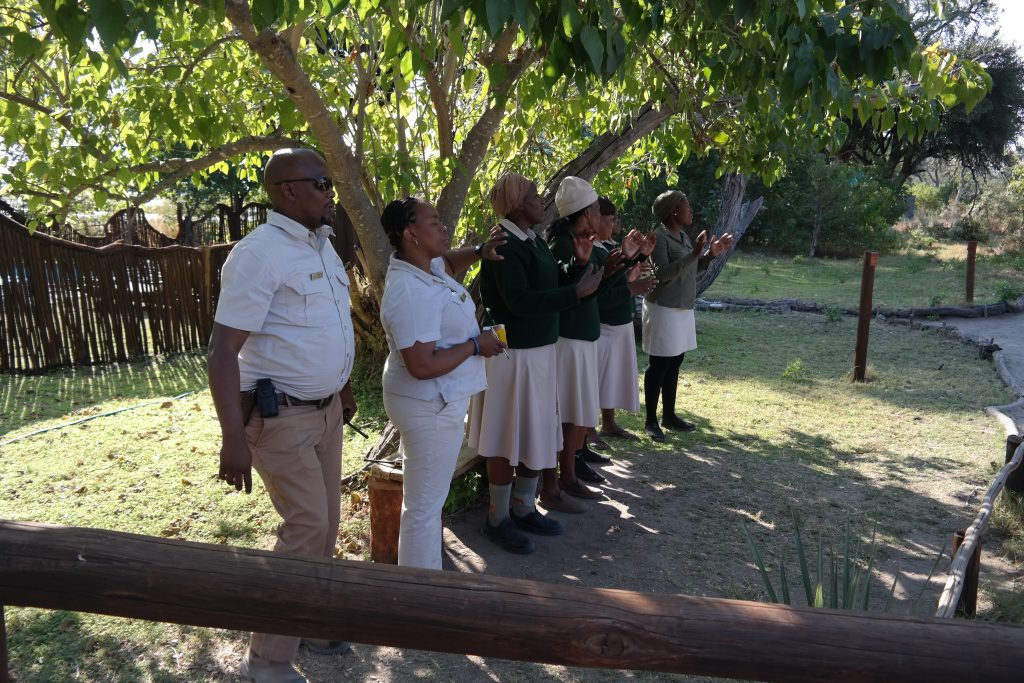 We spent 4 nights in Pom Pom Camp,where we were greeted by our singing hosts. We stayed in one of nine stationary tents overlooking a lagoon, where elephants and rhinos went grassing and stomped around our camp at night. We had a private jeep and two guides with the irresistible names Dalton and Skills. They took us on game spotting trips mornings and late afternoons, in jeep, dug-out canoes (called Mokoro), or speedboat. 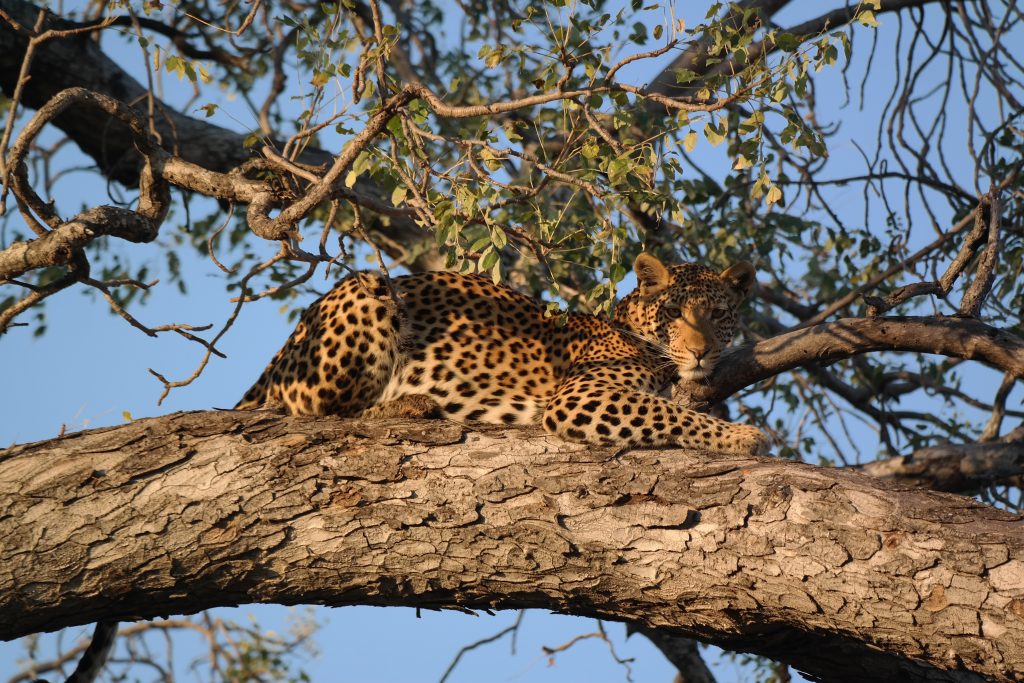 Our travel agent had warned us that nights could be chilly and advised us to bring jackets. But, we had not imaged it to go down to nearly zero degrees Celcius! Thank God for bush babies (African slang for hot water bottles), which were handed to us at dinner. 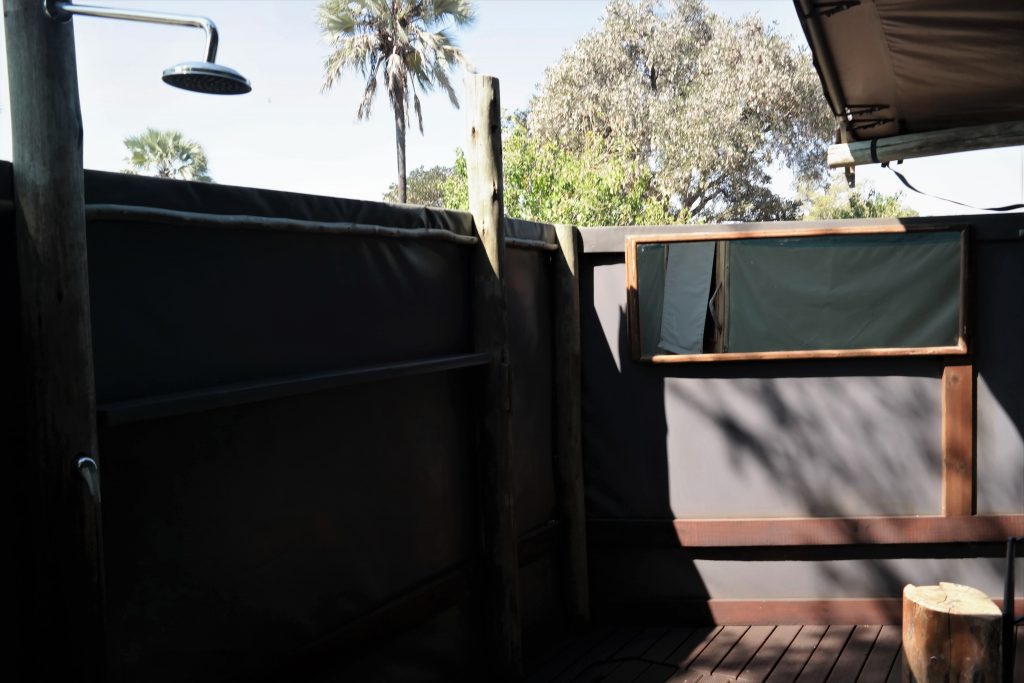 Mornings started with a wake up call (literally by a lady bringing tea to our tent and yelling good morning) at 6:30 am. We had to pull ourselves together to jump out of bed and put on the greatest possible number of layers real fast before heading for breakfast. It was camping deluxe, so we had a private hot outdoor shower, toilet facilities, beds, couch, and free laundry. But mornings were too cold to shower! 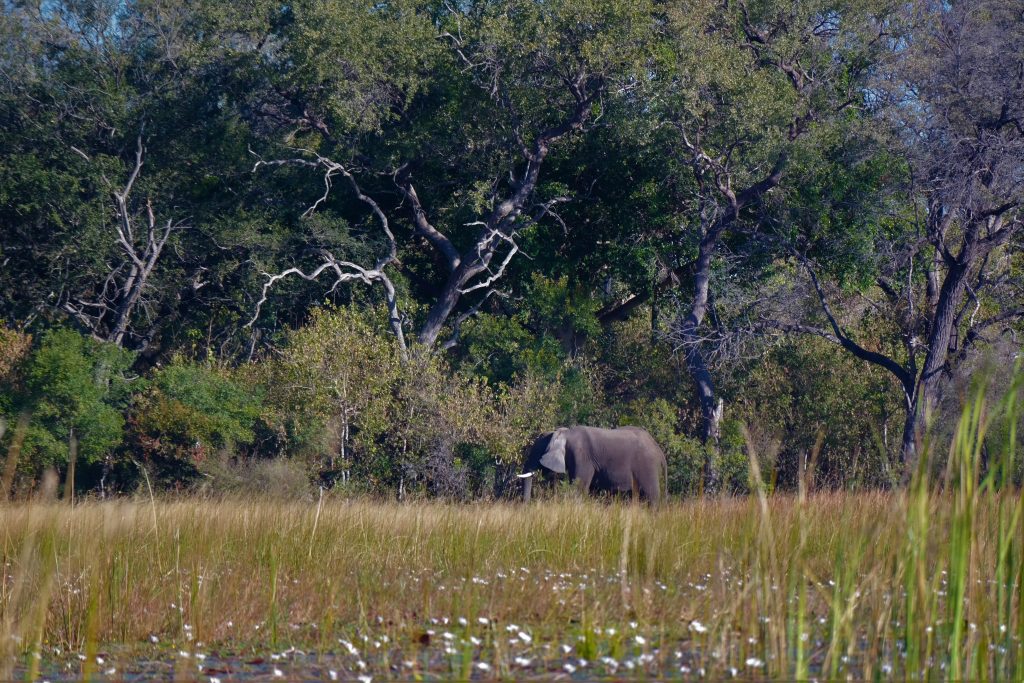 Safety procedures were taken seriously by the camp people, and although our tent was merely 8 meters from the main/dining area, they insisted on accompanying us to our tent after dark. We found it silly, but not all tents were as close to main camp as ours. One night, a guide had to scare away a giant male elefant who was blocking the way to one of the other tents. 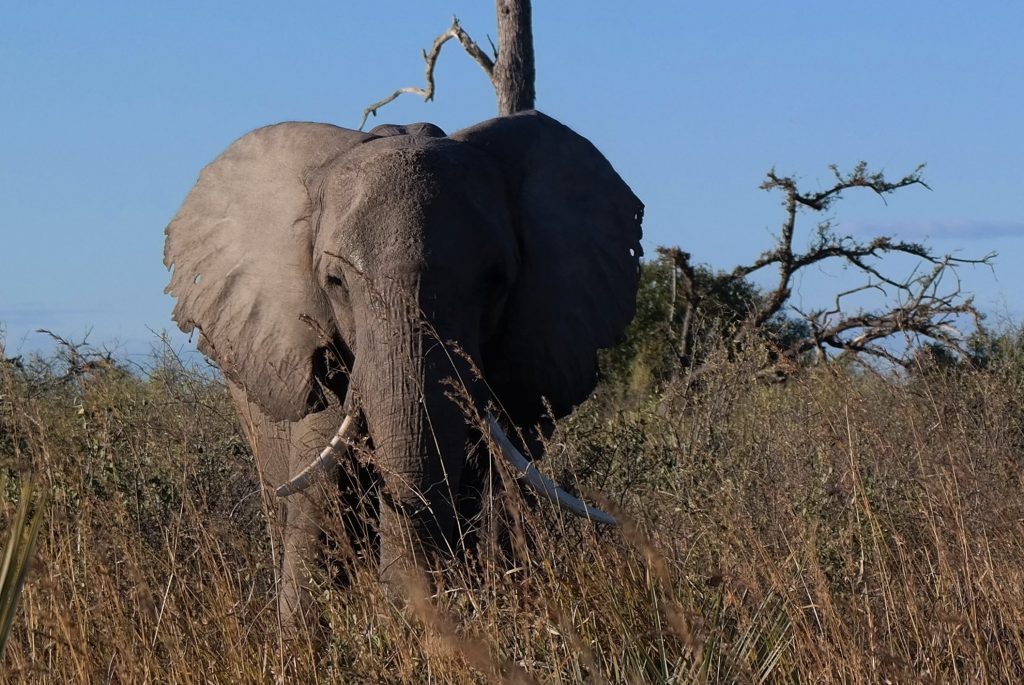 On our first game drive we had barely left the camp when we met a large group of elephants blocking the dirt road. Dalton reacted quickly by speeding up and almost hitting the elephants, who jumped aside, loudly trumpeting. Right behind the elephants, on the road, came a hyena strolling towards us. What a start! 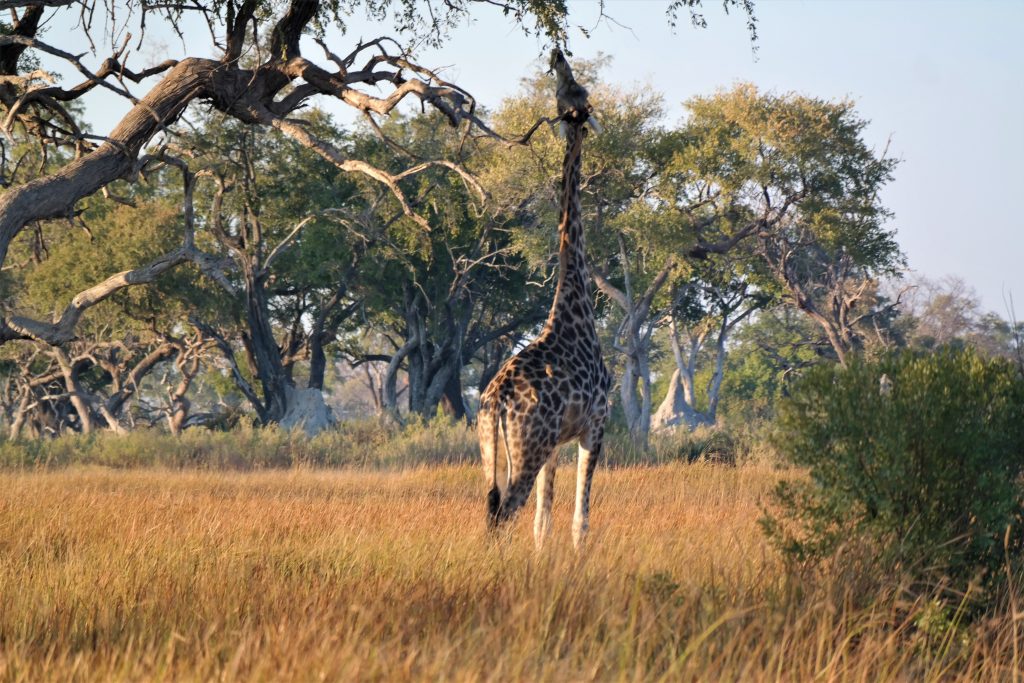 My favorites were giraffs because of their gracious moves.We also saw wild dogs resting outside their nest. When we returned two days later, the nest was deserted and we found a pup killed by lions. Dalton really struggled to track down those lions. He arranged a full day drive, to cover more land and, hopefully, spot the lions we had seen tracks of. So, we drove and drove, saw all kind of animals, and had a lovely lunch in the bush. But no lions. 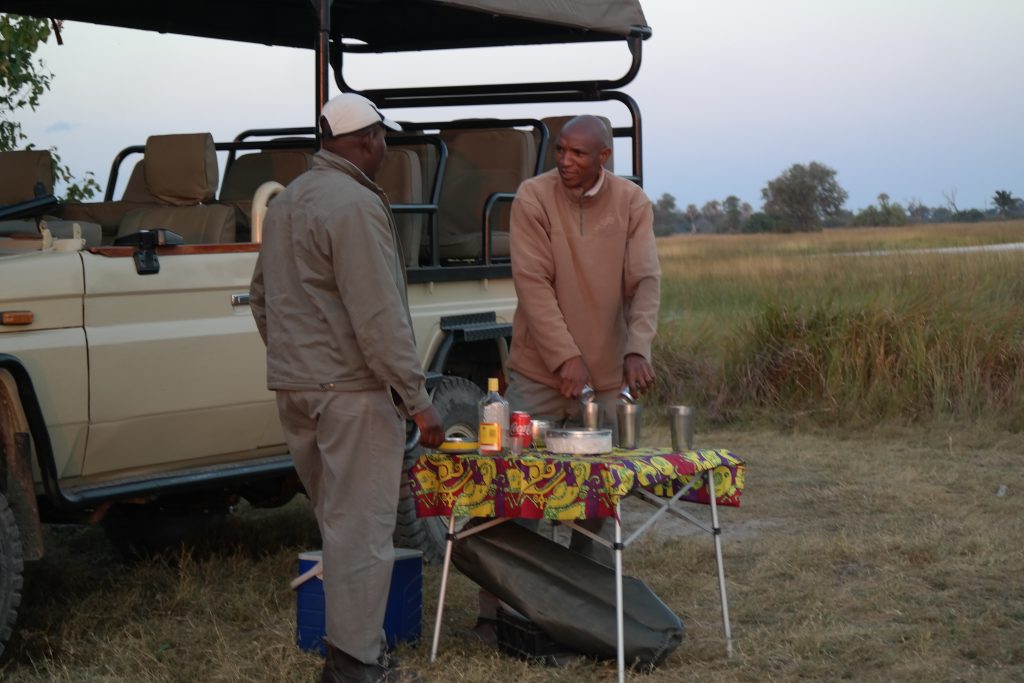 Dalton and Skills were persistant. At one point in the late afternoon, they stopped the jeep and walked around, looking at fresh tracks. Then, they started the jeep again, drove 50 meters, and there were the lions! They looked full, with bellies like balloons, but Dalton said they were always ready to hunt. 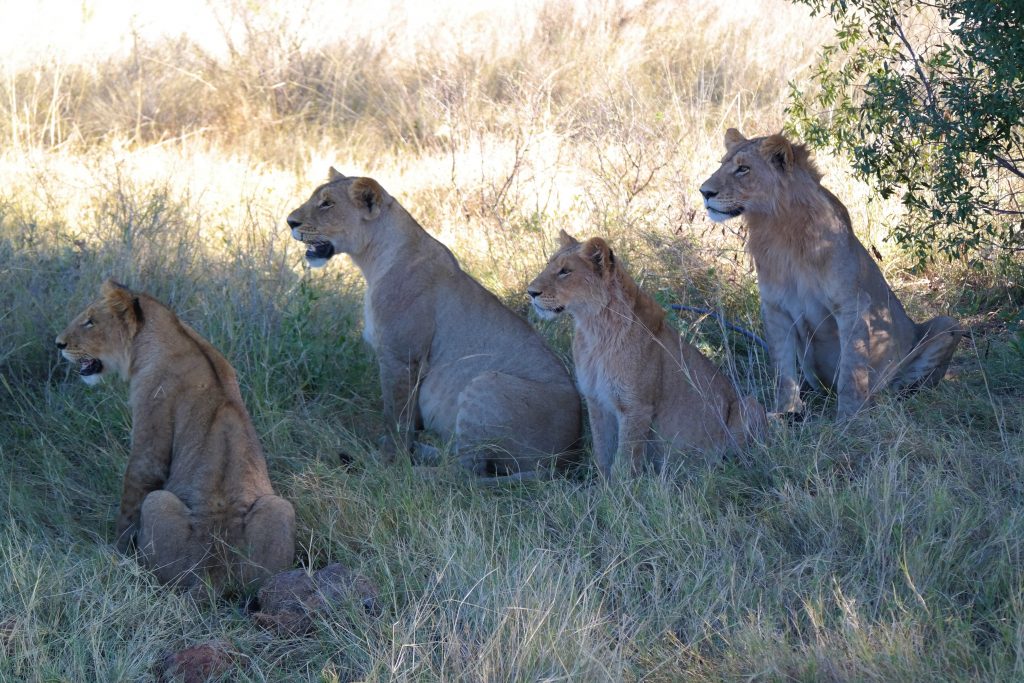 Right then, an unsuspecting zebra came strolling 100 meters away, and all lions jumped up, ready to attack. And I moved towards the center of the jeep.

Resting in the bush, dining in camp

We made stops for 10 o’clock tea and sundowner drinks in the bush. And I learned to do my business behind a bush. It’s not comfortable to drive on bumby tracks with a full blatter. On our Mokoro trip in the delta, we had our tea and cookies on a tiny island. 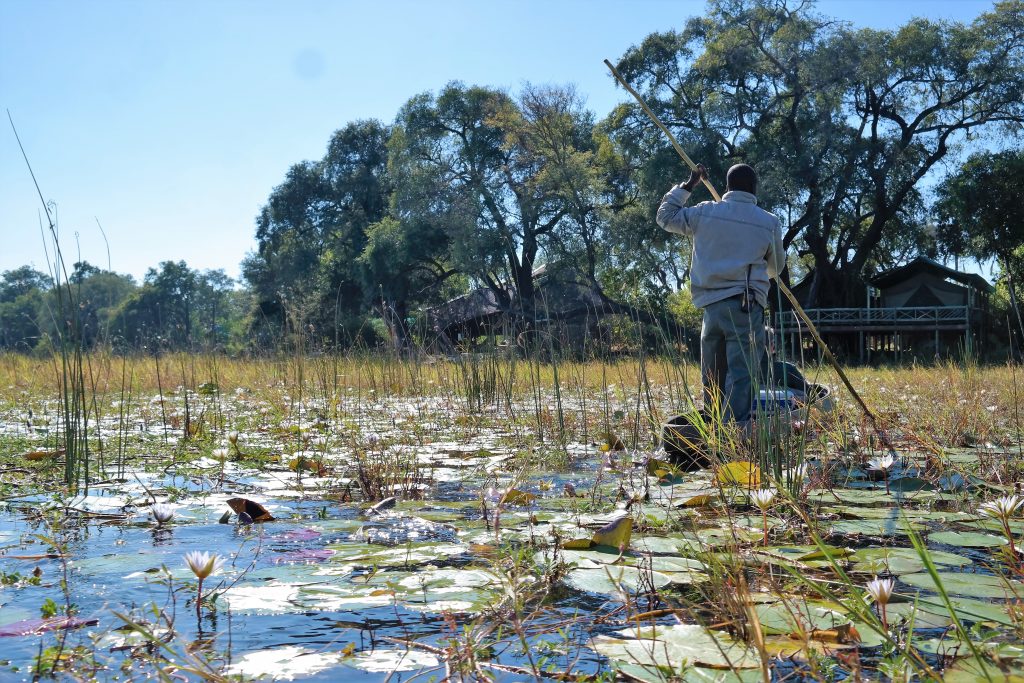 Stunning experience to slide through clear water watching animals and waterlillies. On the motorboat ride we spotted small crocodiles, but the 6 meter long ones remained in hiding. 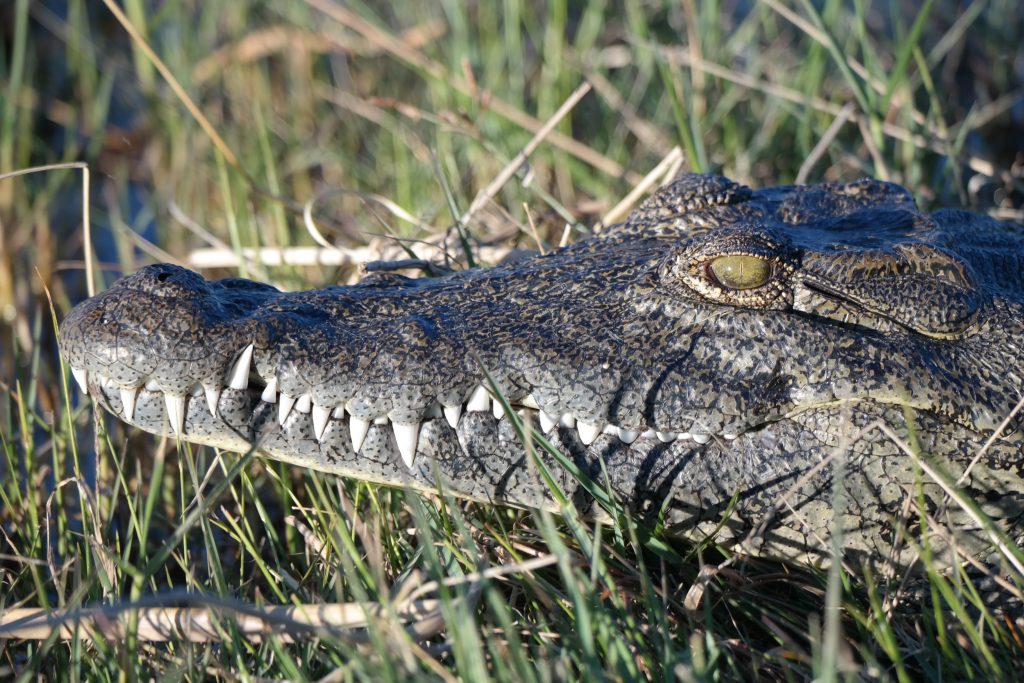 Marriage talk at the bonfire 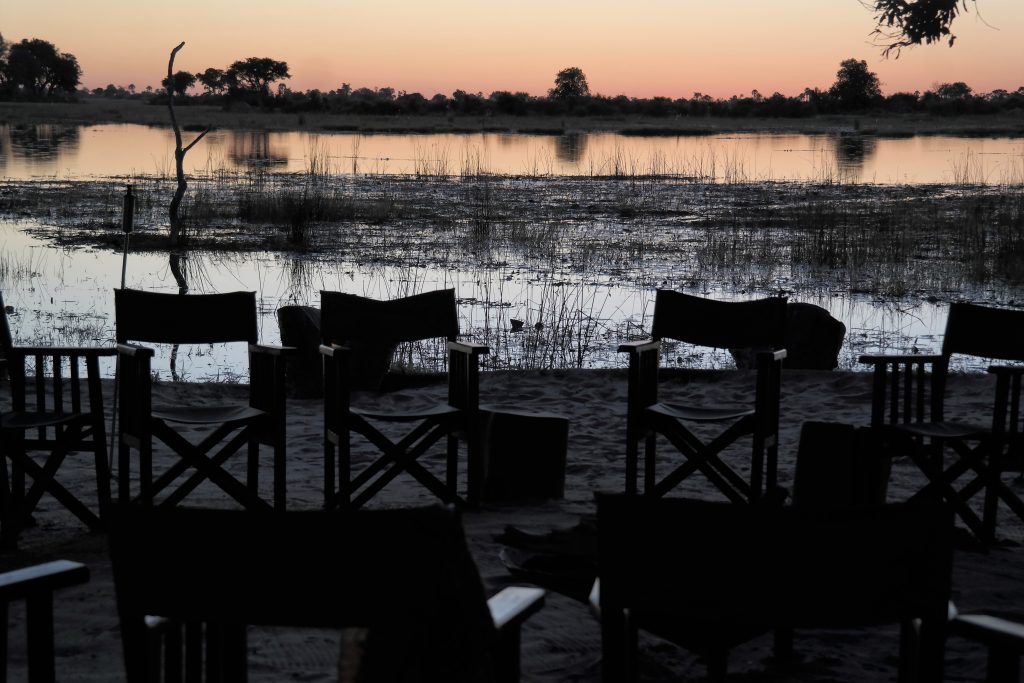 Nothing like a bonfire, especially when you don’t have disturbing elements like internet or television. In the evening, everyone gathered around the bonfire to stay warm and have a drink. We got small insight into each other’s lives – tourists, guides, and hosts. We learned that the host couple was getting married. They talked about challenges of dowry and wedding costs: Not only the closest family and friends were invited, but most of the village, so they had to make room and food for over 100 people. We heard about similar challenges from our two – bachelor – guides. 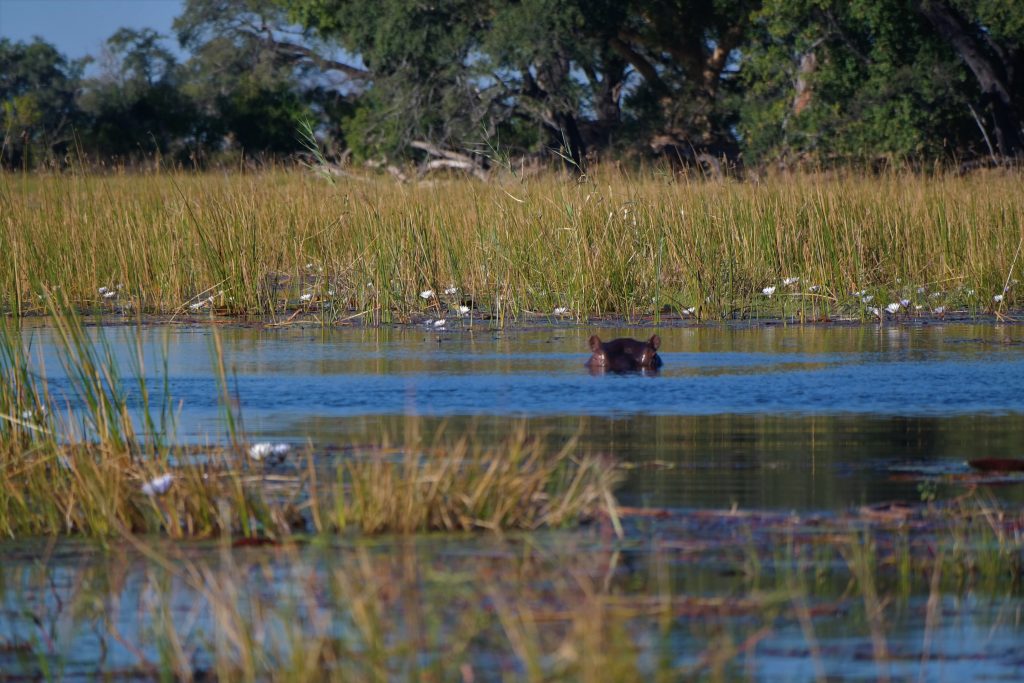 Apart from struggles of getting married, Dalton and Skills seemed to be in good spirits. We enjoyed their sense of humour and funny expressions. Like, e.g., Hippo highways (paths that hippos make by wading through waterlillies in the lagoon), African Massage (the body shake we got when bumping along in the jeep on dusty tracks). And of course, bush babies.

Danish Blixen Tours helped us arrange our trip, five star to them! (I don’t get paid)

I am a Danish writer, journalist, and communications specialist. After several years in The Netherlands, I am back in my home country, with one foot in London. I hold a M.Sc. in International Business Administration and Modern Languages, and I have brushed up my skills through studies at Webster University and London School of Journalism. I have worked with communications and business development most of my life. I do freelance work (English and Danish), and I write for pleasure. Most of my stories are about places and people I encounter on journeys around the world. I have an eye for cultural and social subtleties, and I am especially interested in travel, the environment, and the arts. Drop me a line if you want to hire me, or if you have a question or comment. And feel free to follow me on Twitter, Bloglovin' and Instagram.
View all posts by . →
This entry was posted in Africa, Botswana, Travel and tagged accommodation, bonfire, Botswana, bush babies, camp, camp life, culture, delta, elephants, explore, family travel, game drive, holiday, lions, luxury, Okavango, PomPom, safari, sundowner, wildlife. Bookmark the permalink.